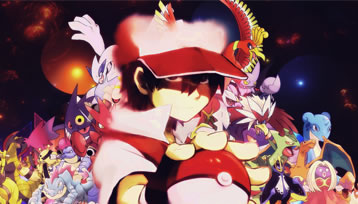 Current version of PokemonPets is 2.1.6 and brings us new additional updates. Let's take a look some of the changes implemented into the game. New upgraded version of NPC controlled Player vs Player battle system. Market auto hourly refreshing system has been activated. As usual, some bugs in the game have also been fixed. New in-game keyboard shortcuts added. Pokemon cap has been increased to 4000 and Private Messages count has been increased to 1500. There are far more updates done, make sure you keep an eye on PokemonPets forum for a more detailed list of changes.

In addition to the latest improvements in gameplay, PokemonPets also has a brand new trailer to attract more new players to join.

PokemonPets is without a doubt the best Pokemon themed browser game out there. The community is surprisingly warm and consist mostly of adults.

1 comments on “Closer look at PokemonPets”

Best pokemon game out there, could use a facelift other than that great game.