There are three totally new cards and two cards which are actually re-editions of older cards. Let's take a look at these rare and uncommon cards, that were added/renewed. New players may encounter the following cards at the "Newcomers Booster". 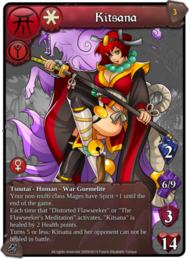 Kitsana card is uncommon. +1 Spirit or your mages till the game ends. After every Distorted "Flawseeker" or "The Flawseeker's Meditation" activation, Kitsana will gain 2 HP. If the game has Turns 5 or even less, then Kitsana and her opponent could not be healed in battles. 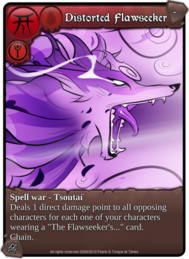 Distorted flawseeker is a rare war spell. You can activate this card on your character and if you do, your opponent will suffer 1 damage. You can use more than one at the same time. 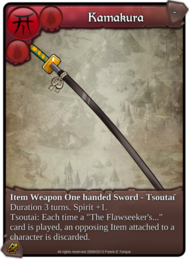 Kamakura is an uncommon card, that has a duration of 3 turns. While it's active, it gives +1 bonus Spirit. Every time "The Flawseeker's..." card is used, the opposing Item attached to a character will be deactivated. 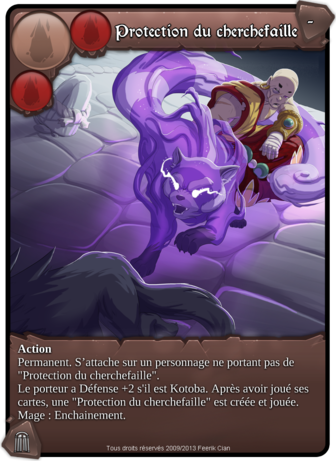 The Flawseeker's Protection card is an uncommon permanent action card. It will attach to the character who is not currently using the card. +2 defense points for the holder (if Kotoba). 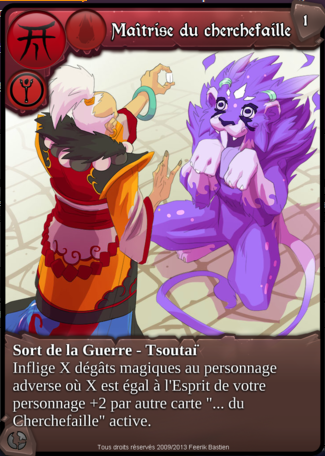 The Flawseeker's Mastery is an uncommon war spell. It will deal SOME magical damage points to opponent where SOME equals your character's Spirit (+2 other in-use "The Flawseeker's..." cards).