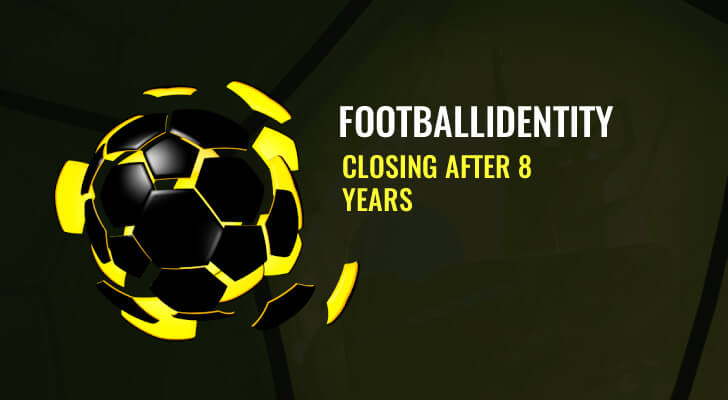 As we announced, already 12 months ago, to our active community we have reached a point where we feel we have no other option but to close down Footballidentity for good. The game has been in dire need of modernization for some time and we simply haven’t been able to muster up the resources needed to take the game to the next step. We (Anders and Fredrik, creators of Footballidentity) began development of Footballidentity in 2007, opened up the BETA in 2009 and have since then seen a lot of ups and downs. We can say without hesitation that we’ve always tried doing what we thought was best for the community and always worked extremely hard - days, nights and weekends - in our attempt to make the game successful and develop it further. So it is with great sorrow that we close this chapter and open up new ones in our lives, this time without Footballidentity to fill a major part of it. 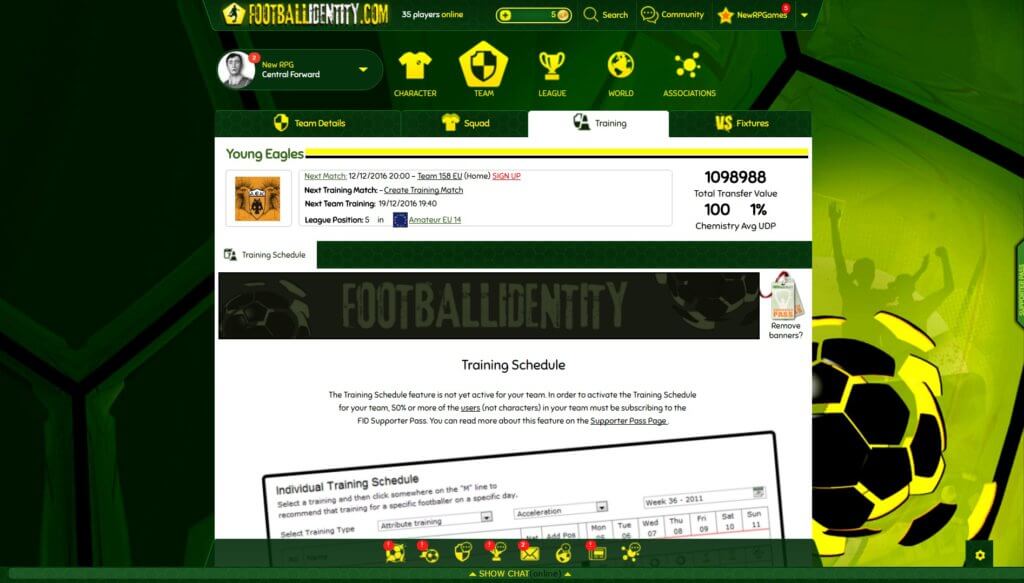 It has been a hell of a ride for us personally and we can honestly say we never expected to find engagement, devotion and dedication as extreme as we’ve found in our beloved community. This was definitely what drove us forward, even when times were hard. Even if the game never became a huge success (financially or when it comes to the size of the user base) the experience that we feel we’ve managed to give to those that stuck with us long enough to try the game out for real, is something we are extremely proud of and something we will cherish for the rest of our lives.

We’ve come across some really crazy stories over the years. Stories displaying the kind of effects that the high engagement level has resulted in and we would like to share some of them with you:

There’s that one guy who was really struggling to get back home in time to play a FID match after he had been out purchasing some liquor for the evening. Once inside his apartment he put down the bag too quickly and one of the bottles broke. With no time to properly clean up he just bent down and used his hands to handle the mess, resulting in quite a clear cut in his hand. In all his hurry to get online in time for kickoff he ran to the toilet, got hold of some toilet paper and bandaged his hand sloppily before rushing to his PC just in time for kickoff, much so to his teammates’ delight. Halfway through the 1st half his girlfriend comes home. On the floor, in a big puddle of liquor, she finds a bag with a broken bottle in it and in front of the PC sits her boyfriend, screaming out lines and orders to his teammates while bleeding straight through his toilet paper bandage.
There’s that other guy who had a bunch of friends surprising him at home on his birthday, bringing food, cake and drinks for a cozy little celebration in his kitchen. An hour or two into the celebrations the birthday boy excuses himself as he needs to go to the bathroom, only to return to the kitchen one and a half hour later. It doesn’t take a genius - at least not if you are a Footballidentity player - to guess what he had been up to all that time.
And then there’s me (Fredrik). I remember sitting at the gala dinner at the Nordic Game Conference in Malmö with my laptop on the dinner table in front of me. I was controlling my legendary goalkeeper Magnus Skedman and I simply couldn’t stand the thought of letting my team down even for one match. I played nearly 80 match minutes (basically one hour of playing time) before I finally closed down my laptop. The reason for having to close it down was that my name had just been called up as the winner of the pitching competition that had been held earlier that day and that I was expected up on stage.
Every one of us, who have ever played in a Footballidentity team, can relate to these kind of moments (even though perhaps not so extreme) and reading through some of the responses we got on the “closing down announcement” 12 months ago, this phenomenon seems to be referred to as “FID Magic”. We couldn’t agree more; there simply was something magical about this game.

Now, even though we’ve been basically only two people running this project we couldn’t have done it without the help of the community. We have had some extremely devoted and amazing people helping us out both on the more game administrative level (game masters, forum mods etc.) and many more on the more competition related levels (World Cup/Champions League organizers, FIDA presidents and their teams etc). It would become a huge list if we tried to name all of the people that have meant so much to us and the management of this game over the years and in fear of missing someone out we simply want to extend our deepest gratitude to all of you who has put your spare time into keeping this show going for so long. THANK YOU!!!

Footballidentity will leave a big hole in our lives but the time has come for us to move forward with other endeavours. Even if we strongly believe there’s still a lot of potential in the Footballidentity concept and the technology (especially the backend match-engine) there’s currently no way for us to continue working on this. As mentioned already the frontend need to be modernized completely in order to make the game viable again and the overall game modes probably need to be redesigned in order to cater for the new generation of gaming; where behavior is much more casual.

But this doesn’t mean that what we have created so far is of little value. On the contrary, the backend (server-side) match technology that we have built is actually very advanced even compared to what’s out there today. It is also very flexible and built in a way that it would cater to further development. We would therefore like to take this opportunity to open up for a possible future for the technology (and concept). If someone would like to take on the challenge of creating a newer version of Footballidentity and would like to use our technology to do so, we are open to selling it. It might also be worth mentioning that another strong potential usage of our match engine technology is for online manager games. Very few (if even any) online manager game engines of today are as advanced as ours. Our engine handles every single incident during a match, it handles every player as a separate entity and allows for it to generate a lot of match and player statistics that most online manager games can’t generate as they are not individual and situation based but work more on an aggregate level. It also allows for user inputs and player directives to be changed during an ongoing match. Footballidentity matches could actually quite easily be turned into a manager game match just by removing the player input phases. Of course the AI would have to be improved on though as we all know it is quite basic as it is now (to say the least!).

Anyway, if anyone has a serious interest in acquiring the technology from us then don’t hesitate to contact us at support@communisport.com

When it comes to our own thoughts about the future and the prospect of ever making a Footballidentity 2.0 or similar, then who knows what happens further down the line. We sure do still believe in this concept and wouldn’t mind giving it another go if the circumstances were right. Therefore, as this will probably be the last you hear from us in a while, we want to ask you for some input that could be of importance to us in the future. We have put together a simple questionnaire where we are asking a few simple questions about your experience with FID and about what type of game concept that would be of interest to you in the future.
Sharing is caring