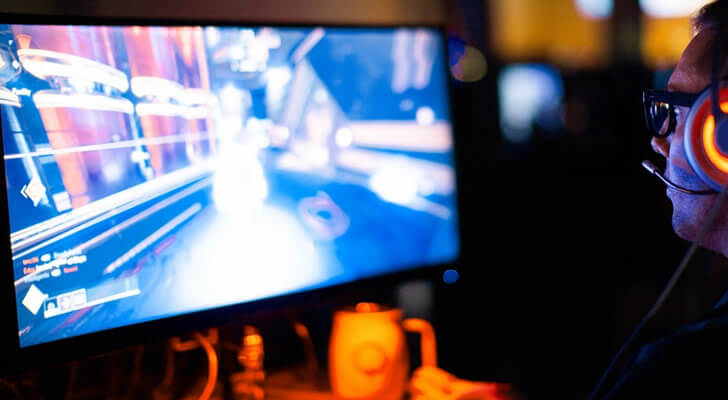 The accessibility conversation is one that has been ongoing across the globe for decades, but in recent years in particular, we’ve seen more and more gamers starting to demand accessibility within their favourite releases. With the likes of Soccer Manager being hailed for its accessibility and an increase of technology being released across the board to open up gaming for everyone, the industry has certainly proven to be continuing the dialogue. However, it still has quite a way to go. We’ve decided to explore the world of game accessibility, some of the new releases worth noting, and just why accessibility is so important in this leading market.

Why Is Accessibility So Important In Gaming?


The gaming industry has seen improvements in terms of accessibility – it’s a fact, and one that plenty of gamers and developers alike are certainly aware of, but what very few are openly debating is the simple fact that the dialogue needs to continue. Games are offering different sounds, high volumes, easier button combinations, better graphic visibility and so much more, but it’s simply not widespread enough to truly open up the industry to disabled users on any great scale. After all, how many of us truly sit down and just enjoy one or two games?


Disability isn’t as taboo of a subject as it ones was, but that hasn’t completely eradicated the need for the conversation to continue. Gaming needs to keep working on becoming accessible, and it will only continue if the conversation keeps going. Improving user experience, gaining a larger audience and simply going beyond standard regulation to truly craft a game worthy of playing should be a standard stage in the development process and thankfully, the industry appears to be turning in that direction.


How Is Technology Helping This Happen?


Some of the biggest steps we’ve taken in terms of accessible gaming rely on the technology available from which players can access and control their gameplay. Of course, there are accessible controllers, but we have to remember that gaming goes far beyond just the consoles we may typically think of. Gaming involves everything from social media games and mobile apps, to online casinos and click-through stories and ensuring that every element of the market is accessible is a must.


Take mobile gaming, for example. Nowadays, those who may not have access to a traditional console could opt for a mobile app or browser to get their gaming fix and more often than not, this turns out to be much simpler to control and much more accessible for those with limited mobility. You can play anything from an MMORPG, to a spin on the slots, to a simple platform game all through a downloadable client or a browser based platform, which certainly wouldn’t have been as widely possible 10 years ago! Thankfully, today’s smartphones and the improvements in computer technology, have given us the opportunity to indulge in a high graphic epic at the tap of a screen, or with a simple download, get our hands on leading titles without the need to handle a complicated controller.


Of course, we have the innovative technologies currently gracing the industry today, including something called eye-tracking. For those with a physical disability, who may not be able to control a game with their hands or feet, a host of headsets and related technology are currently in the works to provide a VR gaming experience to any individual who wants to try it. This could not only make gaming simpler, but it can help improve navigation on laptops, improve safety in the workplace and more.


Which Releases Are Stealing The Accessibility Limelight?


With new technology and an increasing focus on all things accessibility, we’re seeing more and more games being released with the proverbial ‘accessible’ label printed over it. From Uncharted 4: A Thief’s End, to the recent Super Smash Bros. Ultimate release, the industry has seen some amazing improvements, and we’re highlighting them for you here:


When Naughty Dog released the fourth instalment of their fan-favourite series, there was one thing everyone was incredibly hyped up about – the accessibility. Of course, the game itself was an incredible play, but when it became clear that a user by the name of Josh Straub couldn’t complete Uncharted 2 due to the need for a button smash or two towards the end of the game, the company made it their mission to improve this in the fourth game. The game was given an entire wealth of accessibility features for users to take full advantage of and it quickly became one of the most highly admired games in 2016 as a result.


Nintendo’s Switch console has stormed the gaming market in the past year and, as we’ve come to expect from Super Smash Bros., the new Ultimate game was one to be proud of. As with any Mario game, this particular franchise has always provided a colourful and enjoyable game, but they’ve also come to be notorious for harder and harder gameplay, often requiring extensive button combinations just to get through a level. Thankfully, Nintendo listened to customer complaints and requests, and took out the harder gameplay to offer much more accessibility and with every character involved this time around, there’s nothing to miss out on.


While not a game, Xbox’s release of their adaptive controller was hailed by critics across the globe. This brand new style of controller gives disable users with limited mobility, the chance to get involved and “game [their] way”. With simple controls on the board, and plenty of connection ports that make it simple to plug in your very own accessories into one sole port using 3.5mm jacks and USB ports. They even worked alongside the AbleGamers Charity, SpecialEffect, the Cerebral Palsy Foundation and WarFighter Engaged in order to truly put together a controller that would be playable and enjoyable for everyone.


Accessibility in gaming has a long way to go, but with constant improvements being made and new releases every year, we could be seeing a fully accessible industry sooner than we might think. Whether through the introduction of new technologies to make the gaming process easier or simply additional options in the games we play to open them up to everyone, only time will tell just where the markets could go.
Sharing is caring