Gaming and gambling: a match made in heaven? 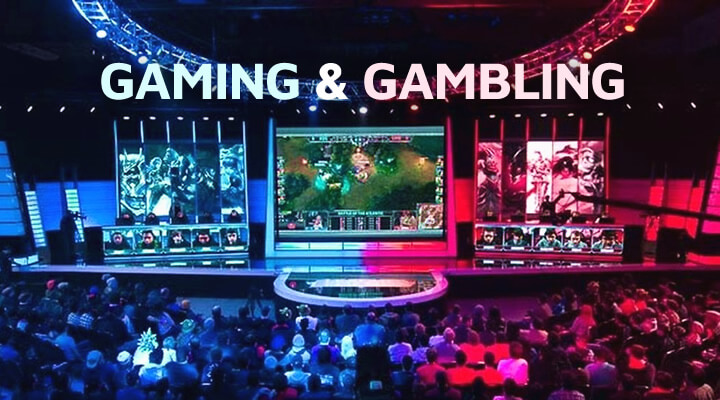 Gaming and gambling are a match made in heaven, right? In fact they’ve always been close relations from the very earliest days...

If you look back along the evolutionary path of the slot machine you’ll see it start out as a somewhat clunky, purely mechanical contraption. Over the 20 th Century it underwent considerable development and came to incorporate more and more electronic elements, so that eventually we had those all-singing, all-dancing devices of the 1990s. This evolution was of course running parallel to the path of pinball games, which went from simple fun-fair style attractions to complex, themed games with an enlivening range of light and sound effects. Then in the early noughties both systems were revolutionised by the internet, resulting in online slots and a plethora of online options for gamers, including of course our beloved browser games.

Also in the ‘90s and around the turn of the millennium we saw the interesting development of in- game gambling. It all started off in a very innocent sort of way with titles such as Super Mario Land 2: 6 Golden Coins and Pokémon Red and Blue offering slot machines not dissimilar to those you find online today on sites such as casino slots guru. As time went by this feature became more common until it was almost the norm to find in-game gambling. Things really turned though when the currency changed from consisting of various in-game credits to real money. In recent years this feature has actually become a kind of cultural phenomenon and even made headlines...

Towards the end of last year, games such as FIFA 18 and Star Wars Battlefront 2 were brought to the public’s attention due to the inclusion of “loot packs” or “loot boxes”. At the root of the controversy was the in-game gambling element of these titles. In essence the issue was that these games offered gamers the opportunity to upgrade characters and profiles with a loot box purchased with real, rather than virtual, currency but with no guarantee of what exactly the boxes contained. Some critics deemed this a mode of surreptitious and therefore exploitative gambling by the game designers.

One of the most exciting developments of recent years in the gaming world is the rise in popularity of Esports. Helped by sites such as Twitch, again here we see the two worlds of gaming and gambling coming together, this time though in a more harmonious manner than with the loot box controversy! Now mainstream bookmakers offer the chance to bet on professional Esports events and competitions just as one would on football, a horse race or a big fight in boxing. It’s clear that gaming and gambling are a match made in heaven and the future looks good for the pairing. Ultimately both gamers and gamblers want the same thing: a raised heartbeat and a surge of adrenaline from the thrill of play, whether that’s as the roulette wheel spins, the finish line draws near or the virtual battle kicks off!
Sharing is caring

1 comments on â€śGaming and gambling: a match made in heaven?â€ť

Thank you again for writing and sharing this!