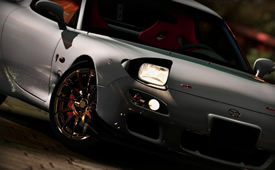 A lot has changed in GTRacer recently so lets catch up. First of all they are now using a new hosting for their server. Unfortunately this transfer didn't go as planned. Lots of issues have been fixed, but some issued are still untouched. Some of the issues are mentioned below. Keep in mind that administration team is actively working on clearing all issues and if you notice bugs that have not been brought up, report the bugs to them. We will also be looking into system safety, some of the dilemmas and important announcements will be also mentioned. We will also look over the new version details, but first lets see some of the latest overall activities in GTRacer.

The Race Generator script seems to be too large for the server, same goes for Meeting- and Staff Generator. Problem that causes "Tapatalk" feature to not work properly, they currently don't even know if players want that feature anymore.

GTRacer will be secured by SSL certification. This means all the data will be crypted. For users, nothing much will change, for the administration team, there is an annual payment needed. This could also help the game gain more new users, since SSL certificate will boost Google results for GTRacer. At the moment they are just testing it, but it will most likely be implemented into the game soon.

The admins would like to know players opinions on the issue about how frequently should the game system send e-mails to players. Right now there is an option to turn on/off newsletter announcements. Newsletters have actually not been sent for two years at all. They would like to bring that feature back. So question too all of the players, would you or would you not like e-mail notifications from GTRacer into your mailbox? Make sure you contact them in-game or forum to let the game team know. For example if the game changes a server or some big updates arrive, would you care to have an e-mail about that or rather not. Same question goes for player activity. Would it be okay if they sent you an e-mail if you haven't been online for over a month? Basically just to remind you to play the game.

The main goal is to eliminate the issued, but they are also working on the new version of the game. Main goal is the keep up with the time, design changes to more modern look. This also means that you may play the game with mobile and tablet devices. Another improvement will be the loading time. As they will improve the code, game will be faster and future developments will be done in a shorter time. They also need as much help as the can so if you know programming languages, contact them to support them.

There has been a discussion about whether to reset the game or not, some want it, but some do not. Before the game resets, they will hear out what all of the players have to say for that matter. Doing something rash like resetting the game instantly could create more problems. As a lot of player were against on the game reset, the administration team has come to the decision not to reset the game to prevent players from leaving the game. The reason is simple, most of the players simply don't want to start from scratch.
Sharing is caring

0 comments on “GTRacer working on version 2.0”