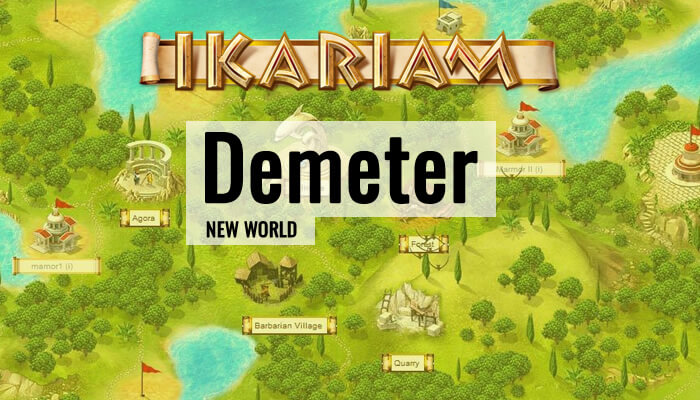 On 22nd April, 2016 - a new Ikariam world called "Demeter" was released. In Greek, Demeter is known as a goddess who controls the resources, her job is to increase the fertility of earth. There is also a "Demeter's Gardens" building that increases the growth of population in your cities depending on the building level.