Khan Wars is XS Software's one of many games. Lately they seem to concentrate most of their energy on this exact game, maybe because Khan Wars is expanding rapidly? Yes, that's the case. Now lets see the long list of features that are helping this browser game to expand even more.

In latest worlds you may start noticing new Mines and Camps around your castles. They can give various bonuses and they can be upgraded to give even more bonuses. Of course upgrades have requirements and take time to complete, but players who are not so patient can use Coins.

Old players in old worlds won't be get anything out of this feature, unless you want to start playing once more at the beginning. That said, new players in new worlds can get 3 free castles if they reach certain levels. If you reach level 10, you will be given a free castle, same goes for reaching level 15 and 20. This affects only players who are in worlds 20 to 37.

A nice face-lift has been made to the game interface. Better game artwork and improved mobile friendliness. The old Map is gone and a new map with a new system and engine behind it has been integrated. You may also notice some fancy loadings which actually do improve the gameplay noticeably.
Campaigns also have numerous changes. 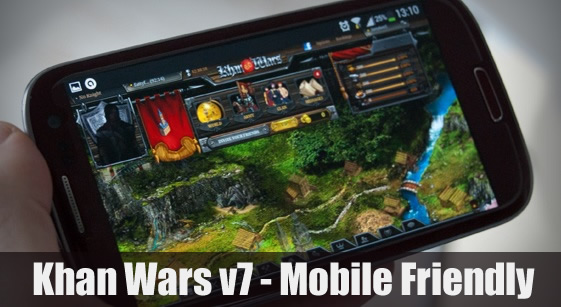 They keep an eye on you

New Achievements system will remember your every little action you make and give you new milestones. This achievements feature only means one thing - MORE REWARDS!

You may now take care of your friend's account if he/she is on a vacation for example. You may get your hands on this feature only in level 10+ clans.
Multi-Accounting is now legal, well not exactly, if you and your roommate share the same Wifi, then by letting the game know about it, you two won't be getting banned. But this does restrict some features from you two, keep that in mind.

Lots of updates in Clans. Experience rates have changed. Playing limits have been removed. More profile options to choose from. Various changes in Buildings and Military.