May the zombies be with you

Zombie Pandemic went offline in May 2015. Lets see the past of this text-based multiplayer apocalyptic game that died off. Although it's offline now, we will remind you of this outstanding browser game. We will also take a look at two other games that were made by the same game studio. For example Mutant Badlands, their other game also went offline together with Zombie Pandemic.


What was Zombie Pandemic about? 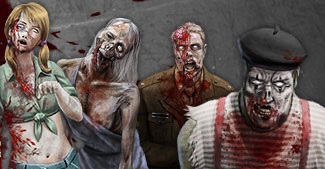 Zombie Pandemic was a role-playing zombie killing game. As always, everything started from creating your main character. wide variety of options to choose from: unique hairstyles, interesting hair color, variety of skin tones and even more detailed facial elements. The main aim in the game was completing missions, whether you did it alone or used teamwork with friends. Training your character was definitely very fun and important part of the game, but Zombie Pandemic also offered unique side-features. For instance, you could show your creativity and use the crafting feature.

The fanbase was massive, gathering its players since 2009. Even from the beginning, it was an interesting game and had promising future. In spite of that, players are let down after all these years of commitment. It has been offline since May 2015. When the big news about closing the doors was first announced, there were so many people who prayed it wouldn't happen. Even though all of this is in the past, the team sends thanks to all the fans who have supported Zombie Pandemic in all these years and contributed to the development of this great game.

Pixel Pandemic is a game studio that creates awesome games, including Zombie Pandemic. The studio was established in 2009 and the founders were Thomas B. Krogh-Jacobsen, Ebbe Haabendal Brandstrup and Kristian Dahl. It all started with a small project, but started to expand rapidly. Zombie Pandemic was the first successful game that helped them grow and gain popularity. The game studio Pixel Pandemic has developed three games: Zombie Pandemic, Mutant Badlands and UFO Alien Attack. Actually Mutant Badlands has also died off, but they still have one game remaining, that they have been working on for a long time.


Mutant Badlands -?shut down as well 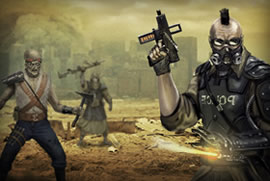 Still under development so there is only a handful information about the game because it hasn't been released yet. However, one thing is certain, it's going to be a web game about aliens and humans. Supposedly aliens infiltrated into the Earth and threaten the humans. Now the humanity has nothing else to do than destroy aliens, fight for their freedom and give their best to stay alive. All this sound familiar, doesn't it? Except being a little more futuristic. Seems like this is their only chance, lets hope they go big with this game and surprise us with unique features and interesting storyline.
Sharing is caring

1 comments on “May the zombies be with you”

do you have any games still open