Medieval Havoc was launched in early 2015 and isĀcurrently in development. It is announced to be a medieval age text based browser game. Not yet in beta, currently in alpha state, but there are new features and bug fixes added daily, which is a good sign. This means that the developer has all the time needed to start the game.ĀSome basics areĀleveling, you may also buy yourself suitable gear, be involved with guilds, combat system includes PVE and PVP. Exploring and mining included for easy money generation. Whoever joins the game will automatically be an alpha tester of the game. Most of the features are still quite raw, but game is developed very actively.
Medieval Havoc in-game screenshot 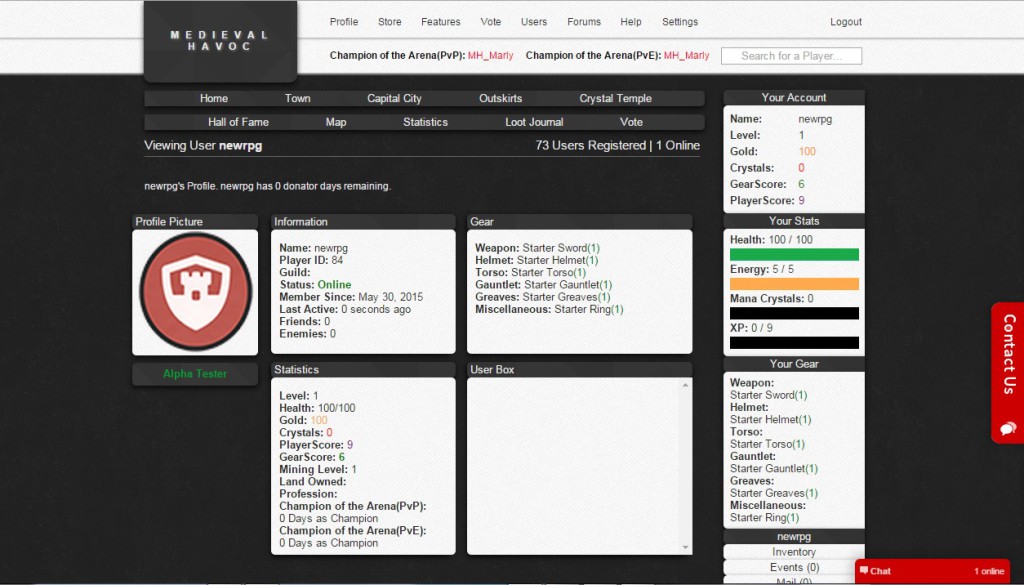