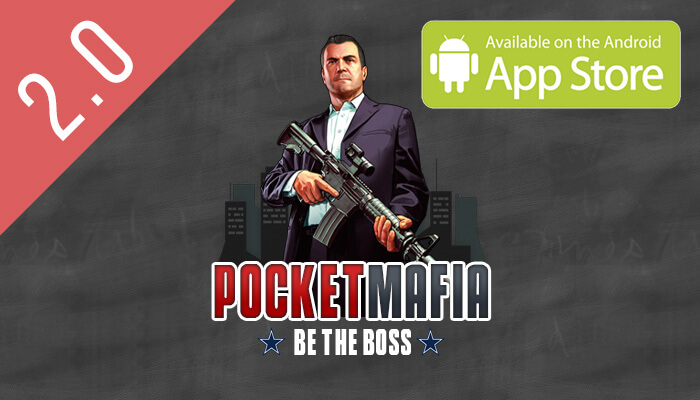 Pocket Mafia version 2.0 has been released. Game starts fresh which means player's have to start all over again. But players that made an account in 24h after the launch of v2.0 were given a Compensation Pack that is approximately worth 30$. Pocket Mafia has an Android APP as well.