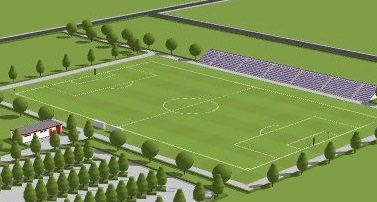 Many players of Rocking Soccer have been pointing out in the forum, that the game's match engine needs to be re-configured. Game moderators had nothing against it and developers have tweaked the match engine as requested by players. Updates are not small, but will improve the gameplay. Good time to point out, that if you don't like something about the game or you think some features are not working properly then don't start sending e-mails to developers. Simply post your issue in the forum. This will make game administrators job easier as they find all problems and suggestions from one place, instead of full unread inbox.

GOALS - The number of goals does not mean that you will notice a huge difference, the impact is rather small. It has been increased less than 10%. This amount should be enough for now. It will decrease the amount of matches where you won't score at all.

Defenders - The engine was not meant to be used with so many defenders. There is actually another problem behind it and it will be taken care of later this season.

Announced by Vincent de Boer - One of the founders of Rocking Soccer and also the Head Developer as well as Game designer.