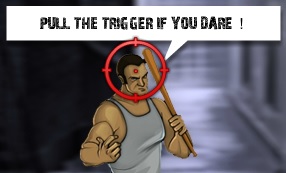 The last version update of StreetMobster aka BGMafia was a bit over 2 months ago. In these few months, they have been steadily working on new improvements. The new version 5.4 does not have as much improvements as the 5.3 version, but this time the changes are more noticeable. Overall the game has been made easier. So let's take a look what has happened, full list of changes below.

ha so frequent updates, yet still countless bugs, its a joke. Try Mafia Returns instead, best game ever!