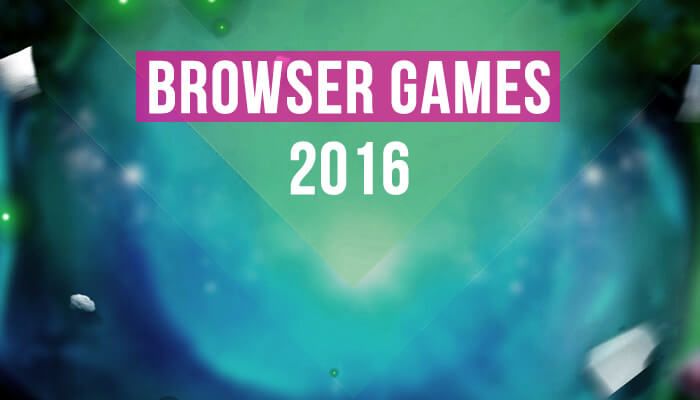 This time we will be focusing on browser games that contain 3D and lots of action. Just one look online and you'll find plenty of exciting games that you can play right in your browser. There's also plenty of other great games heading to your browser in 2017 that are not in the list. But which ones are worth looking out for?

Whether you like browser based shooters, RPGs or racing games, we've compiled some of the best upcoming browser games in 2017. You might want to make a note of some of the games featured in this list, so you can play them when they launch next year.
Read on to find out more about the fantastic browser games you can play in 2017.

Shaikan is the first game on this list from the development team over at AMZ Game and it's arguably their biggest upcoming browser game of 2017. The Open Alpha server already launched on 3rd December and they have just recently opened the Open Beta server. It's a 3D browser based MMORPG, which stands for massively multiplayer online role playing game. You've likely played a game in this genre before if you've played a number of hits, including World of Warcraft, Guild Wars 2 and other similar titles.

Shaikan is much like World of Warcraft, but it can of course be played directly in your internet browser. It's not simplistic browser game, it is full of real-time action. The game is currently in testing by the developer, meaning it's a while off release yet, but we expect that you'll be able to play it in your browser during 2017. You can still try out the game in their Beta server already. Either way, it's marvellous to see a full MMORPG game heading to the browser.

The next upcoming browser game on our list is from Pearl Abyss, they're a Korean developer known for producing a number of high quality browser based games. Chances are, you've likely played one of their titles before. Their latest upcoming game is Black Desert and it's expected to see a release on the browser in 2017.

The game itself is an online role playing game with sandbox elements. It's been in development since 2010 and closed beta since October 2013. That alone tells you how anticipated Black Desert is as far as online browser games go. If you're a fan of fantasy style RPG games, Black Desert is definitely a title you'll want to look out for.

The video game audience was once dominated by the male gender, however, that's quickly beginning to change with the advent of girls into video games. With that in mind, it's come as no surprise to see more and more games being designed specifically for girls. Girls Kingdom is one of those such games, heading to your browser in 2017.

It's currently in closed beta, with an open released planned for next year. The game tasks you with running your own kingdom through a series of strategical elements. The feminine touch of this game is sure to attract any girls into the world of gaming. That being said, there's no reason why a boy won't enjoy Girls Kingdom either.

The last game on our list is a 3D online adventure title from the development team over at ABZ Game. They're a studio known for consistently pumping out good quality browser games. We can safely say that Clash of Avatars looks to be no exception when it's available to play in your browser from 2017.
Clash of Avatars looks to bring together online adventure gameplay with strategical elements and some great playable characters. You can head over to the Clash of Avatars website now to take a look at the different characters coming to the game and make your decision regarding which character you plan to play with.

We especially love the look of the graphics of Clash of Avatars. AMZ Game have said that they've drawn inspiration from Anime and Manga culture to make a series of great looking characters, that wouldn't look out of place in a Japanese fantasy setting.
In conclusion, 2017 looks to be another stellar year for browser based gaming. Whether you're just looking for a distraction to keep you busy during lunch times in the office or a title that you can sit down and sink some serious time into, each of the games featured in this article are definitely worth keeping an eye out for. We're sure there will be plenty more fantastic browser games available in 2017, so keep a close eye out for them.
Sharing is caring

Can you make a game where you are a FBI Agent or Superhero?

Hey! If you don't mind a text based rpg with no level cap and a great community, try
Relics of Avabur(A 2 week old game with loads of things to do!) - http://www.avabur.com/
or
Lyrania - http://lyrania.co.uk/


I've been playing for 3 months and don't plan to quit anytime soon. I'm still looking for friends to join me!! :Dï»¿

WOW that was so non impressive! I'll never get that 5 minutes back. Thanks a ton!