Barons of the Galaxy is unique browser game, a mix of Business and Sci-Fi. The game doesn't run on a cheap copycat platform, but has been custom developed with the help of the community - it was successfully funded in Kickstarter. Inside the game you'll start manufacturing products depending which field you pick. You can be a merchant by selling your goods or even a vicious attacker. Political system in which players can vote on events that effect the cities, planets or entire solar systems, you can even be elected to rule these cities, planets and star systems making everything bad that happens there entirely your fault. The game system won't let too powerful players dominate the game, it actually gives small players opportunities to shine.

In a category: Sci-Fi browser games

Play Barons of the Galaxy

Barons of the Galaxy images 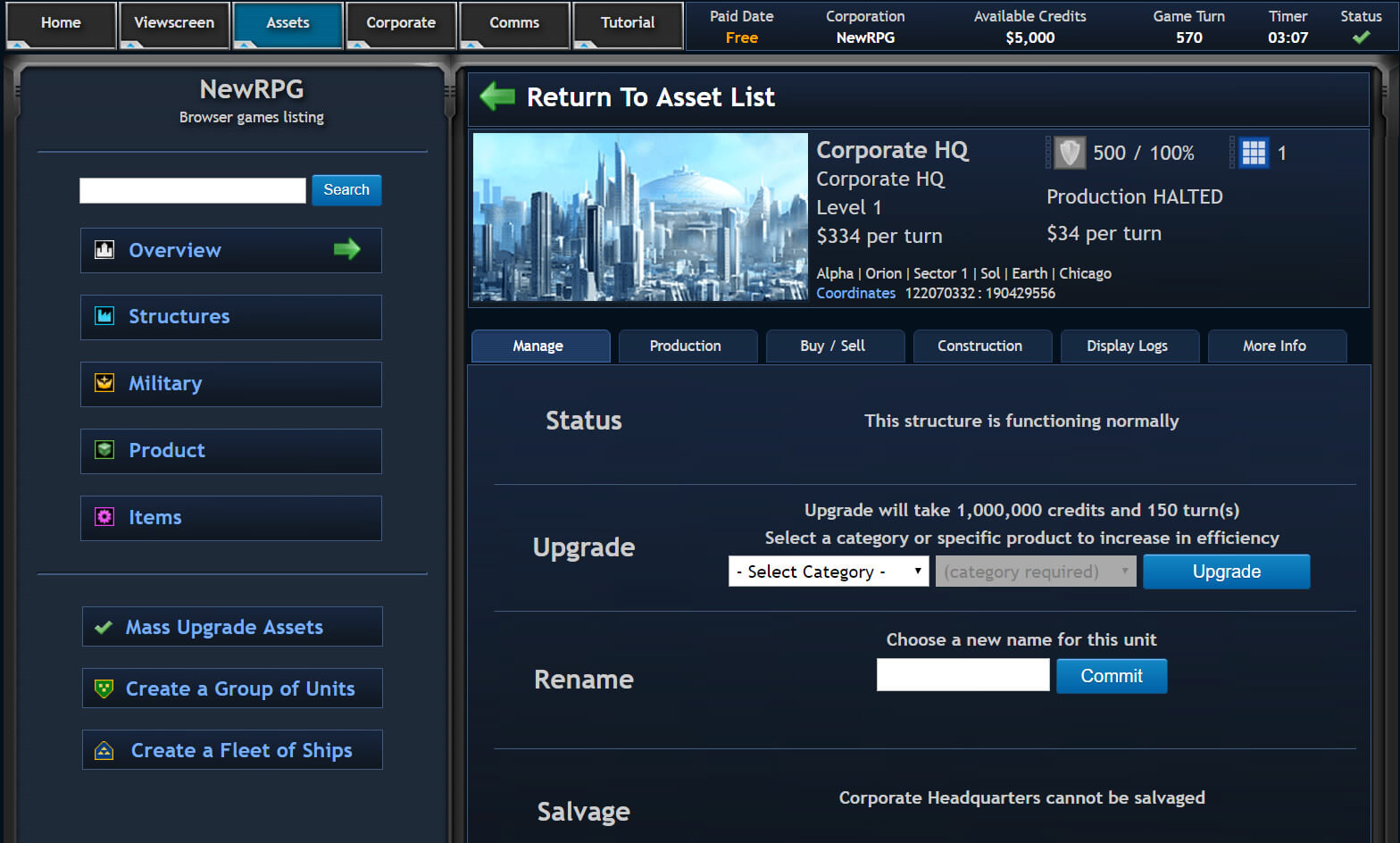 7 comments on “Barons of the Galaxy”

Been on here for about a year now - game is still alive and active, with a good community of veteran players. Developer is still involved, working to bring new features to the game and hunting down bugs.

Been playing it since the 1st beta and I really enjoy this game. It work well in mobile browsers as well so I can check in no matter where I am! Worth at least trying!

Its a time game, you have to wait 10 minutes for a turn to finish, so tell it to upgrade, build, transport and you have to wait. With upgrades they take x amount of turns.

It is not an easy game, the backers have a max (or near) upgraded HQ, they are already established, and really hold the monopoly early on.

I upgraded my hq to level 2 too k150 turns, lvl 3 300 turns... so you get an idea how long it will take, meanwhile backers make more cash, build and expand, or stockpile more and more.

I dont mind this game, but you need a long time to do anything, and I am told by others this is a PVP mainly game, it has PvE bits, but the devs said it was made for PvP. Enough said for me.

Really enjoying this, the mix of Scifi and business management :-)

This game is Awesome!

Not for everyone, to be sure. It's kind of a cross between Hearts of Iron and Empire of the Fading Sun, except its not busted!

It's a great Indie game and definitely scratches my itch for Empire building and trade! The article forgot to mention that there are NPC's as well both defending and attacking so everyone has to work to further the human race! The game just launched so now is the time to get on the ground floor. Our first election for the ruler of the planet is coming up, come see how it ends!