Game of thrones: Winter is coming

Gtarcade has released a Game of Thrones inspired browser game in 2019. You can conquer Westeros and prove your skills to other players. Huge global servers for massive battles (10k troops battles). Prove your skills, build your castles and embrace the detailed 3D artwork throughout the whole game. Build your army from scratch, try different units, placements and tactics to outsmart other players. Following the story starting with "Ned" stark. Main aim of the game is strategy and army building with various game modes and different terrains with various weather types. Both PvP and PvE (missions) possibilities. 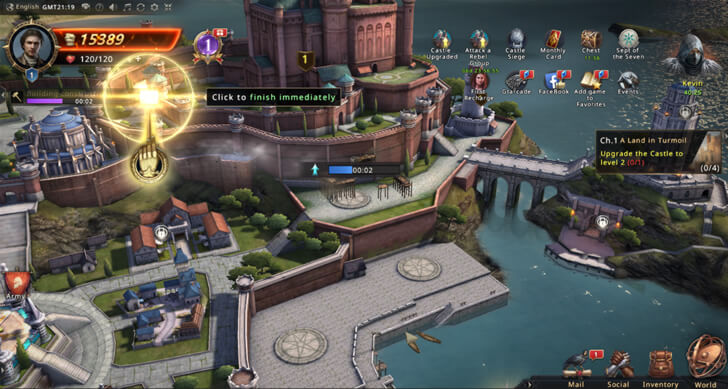 3 comments on “Game of thrones: Winter is coming”

its somewhat ok, tho ur forced with 1 builder the whole entire game unless u shell out $10, then u have a max of 2 builders afaik.

load screens are pretty annoying and long if u got a slow comp, going in and out of the city, and whatnot. seems kinda p2w, lotta pops up to buy items, free items in all sorts of ingame shops directly on the those shop pages, so u claim a item on all sorts of pages. i haven't seen endgame, but i heard ppl spend plenty cash on this game

Is this game for iOS? I canâ€™t seem to find it, assuming the name is game of thrones:winter is coming

probably not. just play on PC like a normal person.

The intro is a bit slow because of the forced tutorial, but after a while when you start interacting with other players it sure gets tense. I have made more enemies than friends tho :D