HeroSmash is a free multiplayer MMO game with a great battling system. While creating your character, you can change the general appearance and add equipment. There are many choices for fighting such as 1v1 duel, 3v3 team brawl, and so on. Collect artix points and smash coins to purchase treasures which include rare items. You can enter different places where you find various monsters to fight. In addition, you can try to defeat the boss who's fairly the strongest. 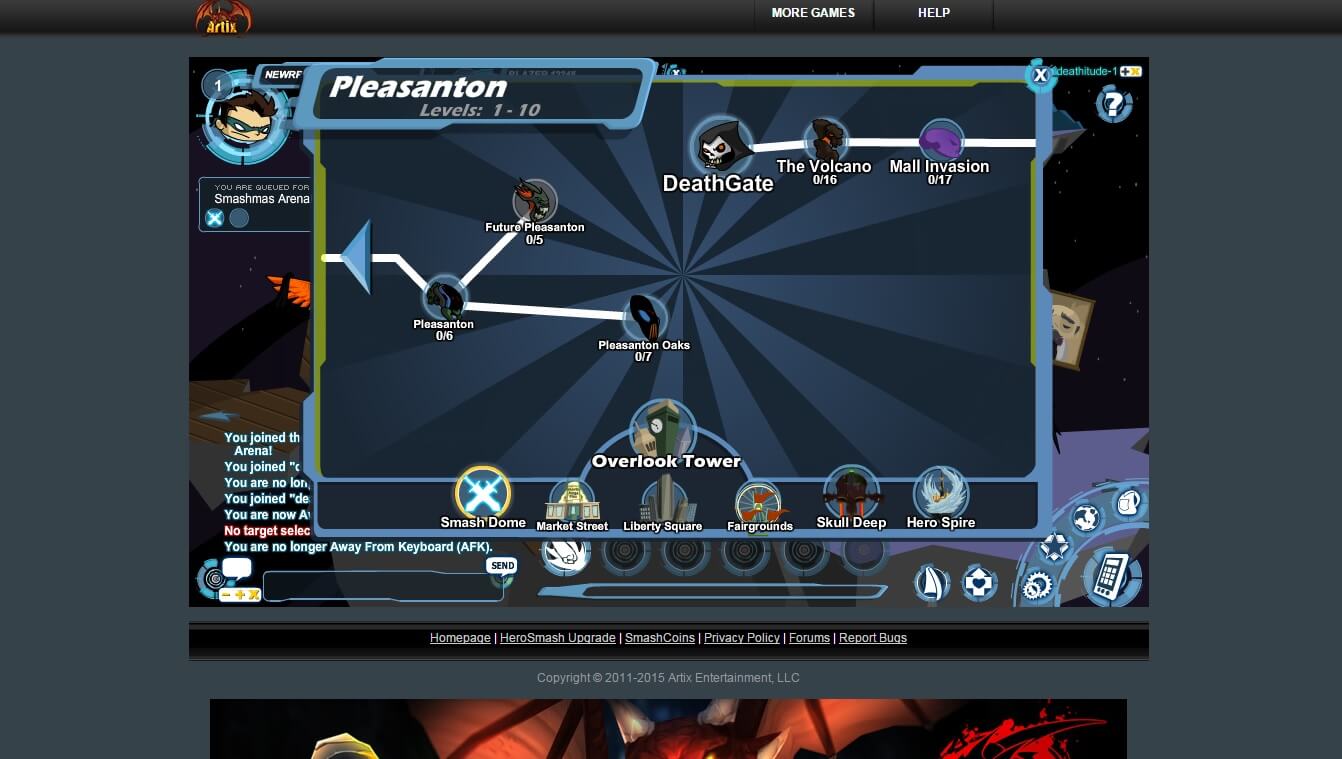