Multiverse Warriors is a free universe browser game. You will start your journey in an undeveloped world and your aim is to create a mighty empire. You can spy on another player to see certain details such as their army size, attack capabilities, population growth, allocation of resources and even more. You can set another player as your commander which is beneficial for both parties - officers gain a percentage of the commanders income and commanders get a population bonus of the officers total unit production. Grow your population, command ships, upgrade your technology, forge alliances, train units, attack other players and destroy their ships. 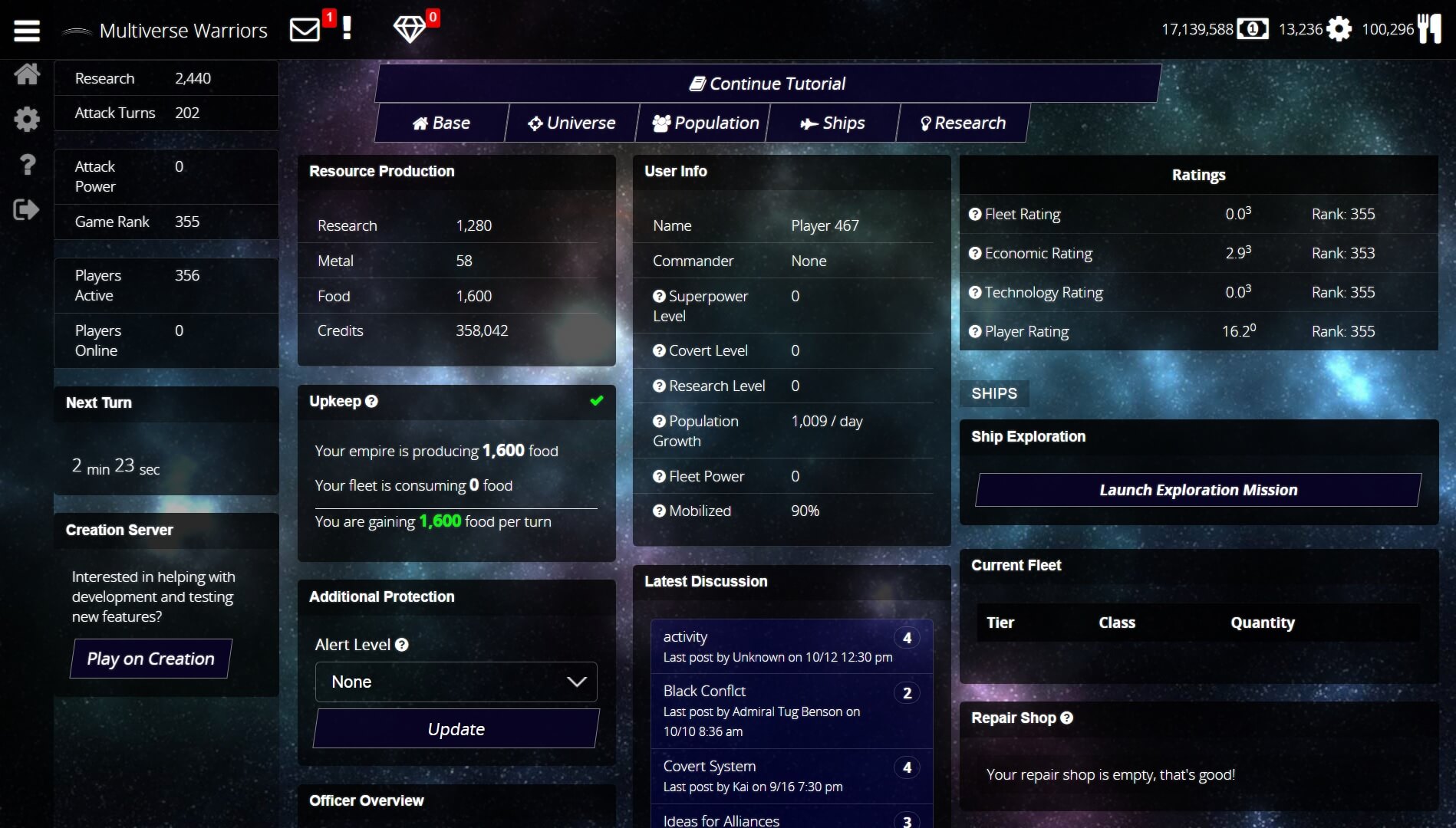 Very nice game that deserves your attention. I only just started playing it but I can see the potential.