Nations At Risk is a free to play, online, multiplayer nation simulation game. It has refreshingly nice graphics, a nice interface, though a bit of a learning curve to understand where everything is. And importantly, it's not pay-to-win.

In Nations At Risk you start out as the hidden hands behind your own simple country. You get to build new industries, constructions and even wonders. There is a wide variety of buildings to build and level up. Each building produces certain resources or combination of resources (there are 7 different in-game resources) that can be used to develop more buildings or recruit army.

You'll have to pick laws and government officials. And you need to do all of that in a world where you are definitely not alone. You control your national parliament and shape your nation's politics. You decide if you accept or decline laws proposed by your national parliament. Depending on your choices, your nation politics is leaning towards left or right on a publicly visible scale. In our play testing it's not clear yet what effects your political leaning has on the further gameplay.

You need to develop and level up your military base to unlock different types of military units. There are different type of units- infantry, motorized units, navy and air force. By combining them you get a perfect attacking force. Your armies can then raid or destroy your enemy's buildings or complete daily Planetary Union military mission and earn rewards.

Overarching over all the individual countries are alliances and the Planetary Union. You can create a new or join an existing alliance. Alliances members can earn different ranks and have different access levels. For the Planetary Union you can propose new resolutions that are visible to all players. Any player can call for a military action or embargo against any other player, or simply make a world public statement, and all players have the same voting rights.

It seems there are many interesting aspects of the game! 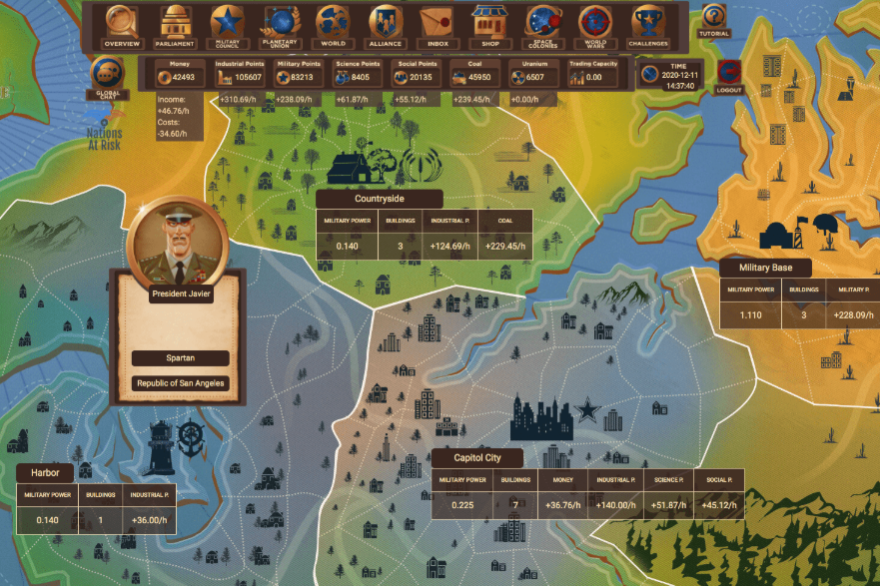 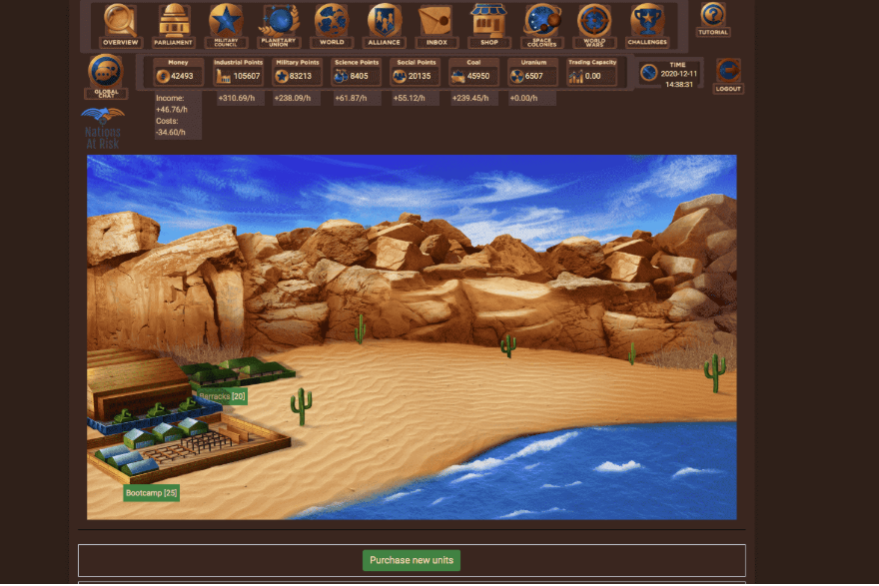 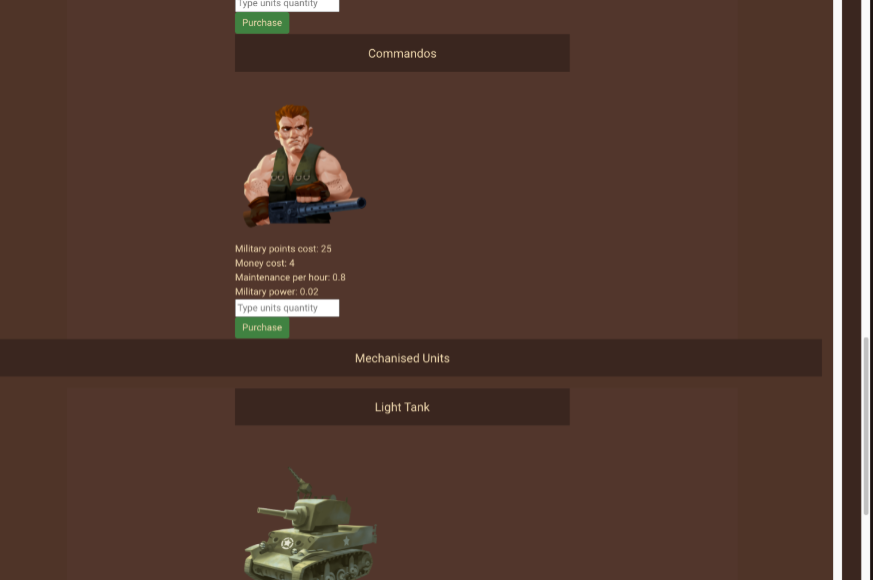 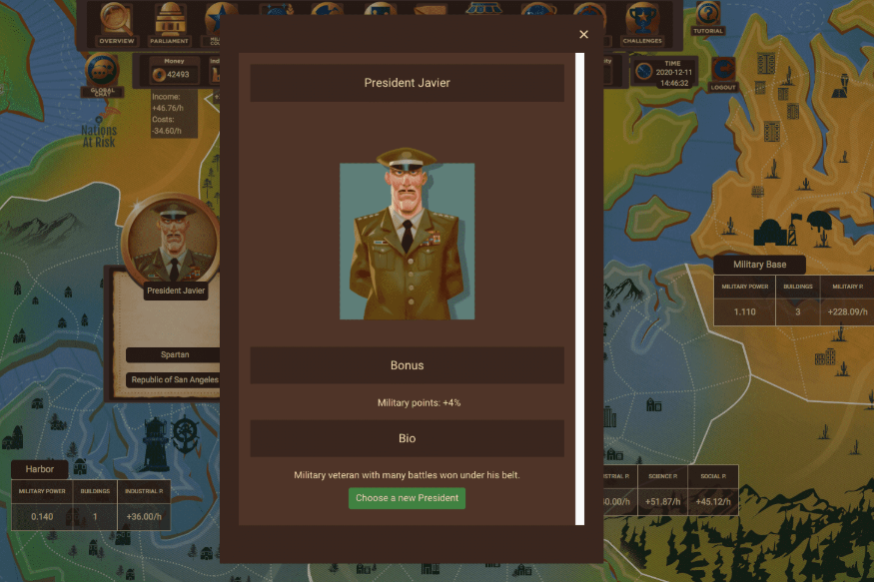 1 comments on “Nations At Risk”

very nice game join up and have some fun.