Origins Return is a multiplayer sci-fi game where you must develop your planet. The main aim is to create an empire, dominate the universe and become the best emperor. Get ready to colonize new planets, attack others, transfer resources, trade items and ally with other players. Customize your ships by choosing the shield, firepower, speed and the hull for your ships. Vessels are essential as they help you defend your planet and wipe out the enemies. You can choose to play as a warrior, trader or a miner. The first version of Origins Return was already created in 2006 by French developers. 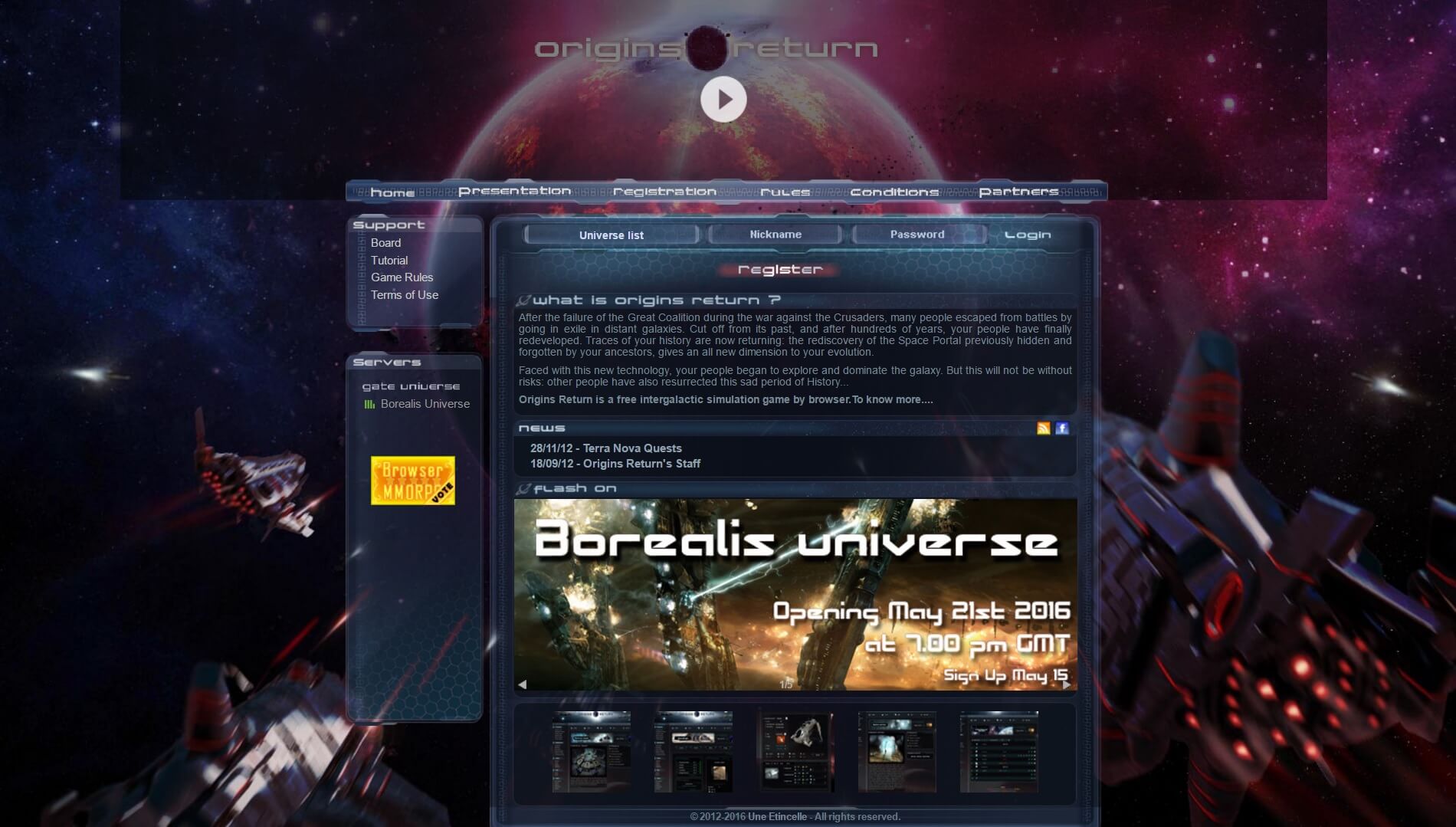