Oversoul is a free MMO game that can be played via browser. The first decision is choosing your character which basically determines your future destiny. Oversoul is a combat game, so most of the time you will be fighting against enemies. The battle system includes battling against another players and monsters. Purchase card packs to collect different cards and use them during the fight. Combine cards, cause a lot of damage to the opponent and defeat your enemy. 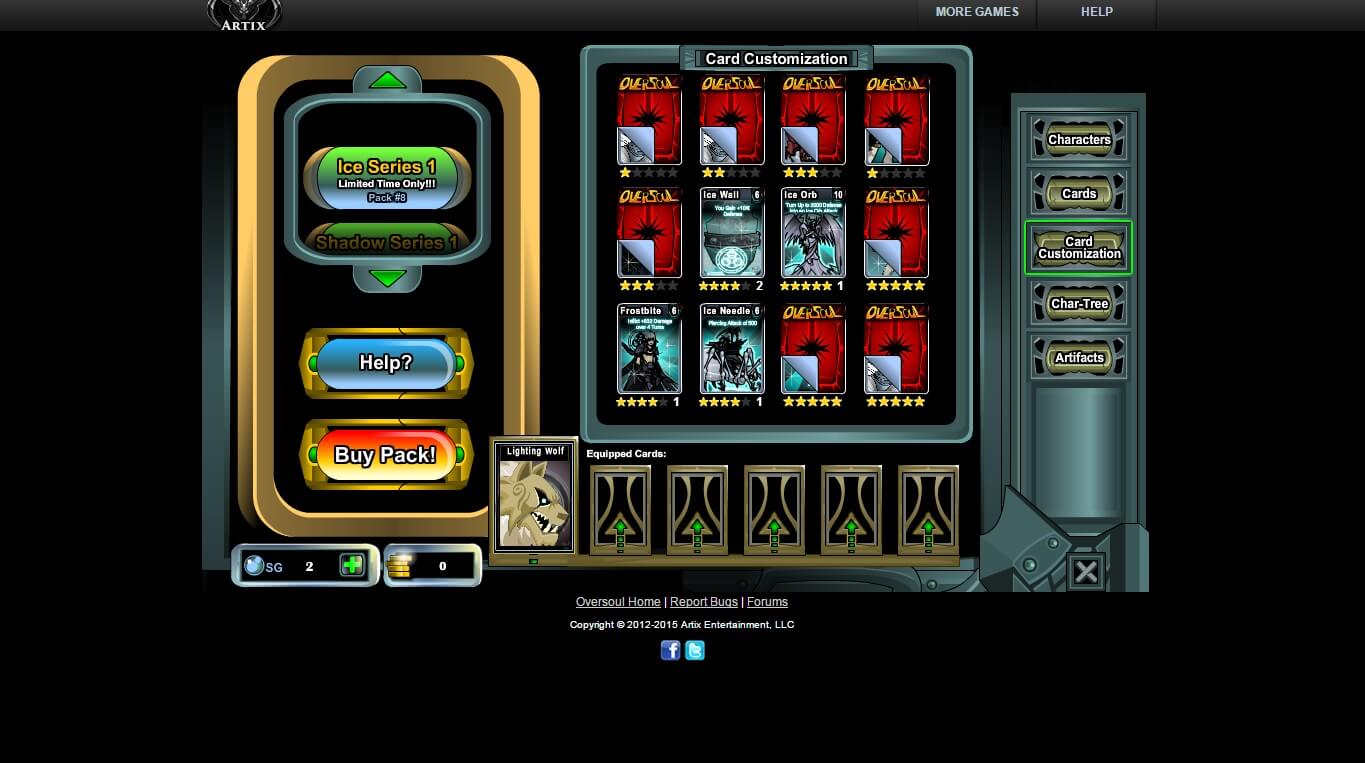