Pentito is used colloquially to designate people in Italian criminal procedure terminology who were formerly part of criminal organizations and decided to collaborate with a public prosecutor. The judicial category of pentito was originally created in '70s to combat violence's. By the '80s, "pentito" became widespread not only in Italy but all over the world.

All families in the world almost lost most of their power. If they cannot find a solution, the mafia world was almost at its end. Herewith, the families come together and decided to collaborate with themselves even rival or enemy families instead of a public prosecutor in order to keep the mafia power remain.

The story of the Pentito web game begins right here. All families are starting over again. First of all, they need members and power. Wars between families show the path of winning. Only survivors can finish this path. In order to become the winner family, need to know the phrase "Quote for becoming a legend" before then rivals. "Clues of the quote" were distributed all over the world and cities. Families try to solve the secret code by collecting these clues and make the rival families "pentito" in order to take the clues other families have. The stronger the family is and the more it follows the right strategy, the closer it is to resolve the quotation.

As a beginner player, start with simple crimes like steal a bicycle, pickpocket a purse. As time progress players can steal electronic devices, hack bank accounts, steal from a jewelry store and even give bribe to authorities. Different types of stealing car jobs, alcohol/drug trade always available in the pentito world.

Your character account will level up as you commit crimes. Thus, there will be no obstacle for group crimes. You can get two gangsters together and rob a gas station. Four players can get together and commit a bank robbery. Five players get together and you can rob the museum.

Join a family. Get stronger with family members. Fight and win with other families to get more clues and become the legend family of the pentito version.

Why Pentito name was chosen as the title of the game? Pentito means confession for cooperation. If the enemy kills you, you have two options. Pentito or not. If you choose the pentito option, you give the clue to the enemy player who tried to kill you, but you will continue to live. If you do not make Pentito because of your death the secret clue in your hand will pass to one of the other players in your family, but you will lose your account. Each player has one pentito right. 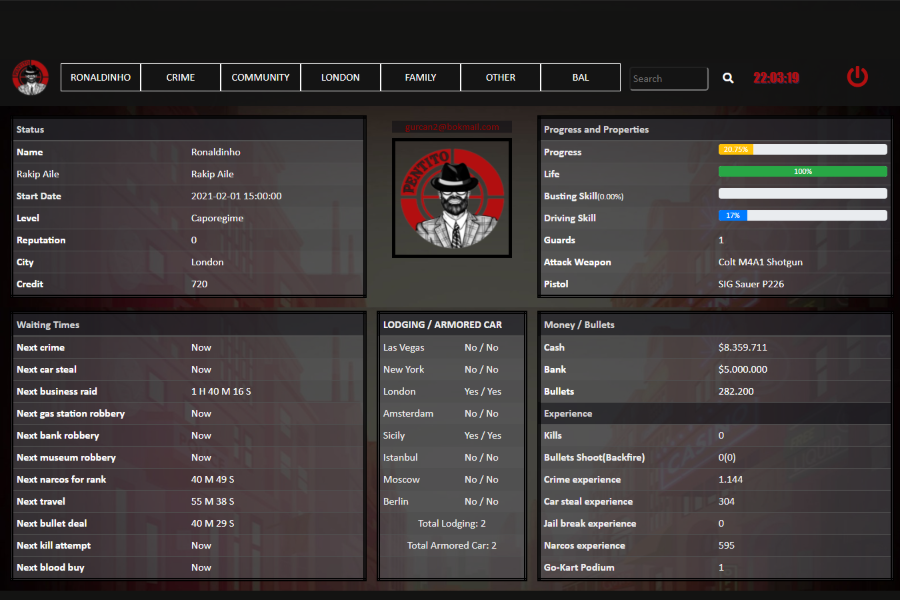