Simple Kingdoms is hosted by Omniscient Media Games, which had passion projects in the past such as SolSource and Empires of Galldon.

Many of the past projects failed due to over-complicated features that were not user-friendly, ultimately forcing the one-man studio to take a break. After this break and a cup of coffee, omgames was in full swing on developing a simple yet fun strategy game for all devices abroad.

Simple Kingdoms is a new browser-based strategy game that currently runs a "Beta v1.0" round with 5 minute ticks. When a tick occurs, the back-end game is updated such as units returning, economy income etc. Most actions are instantaneous, which can have really interesting strategy aspects and "test bots" have been incorporated with fully functioning progress, hostility etc.

Build an empire or crush an empire. It's your choice. Good luck. 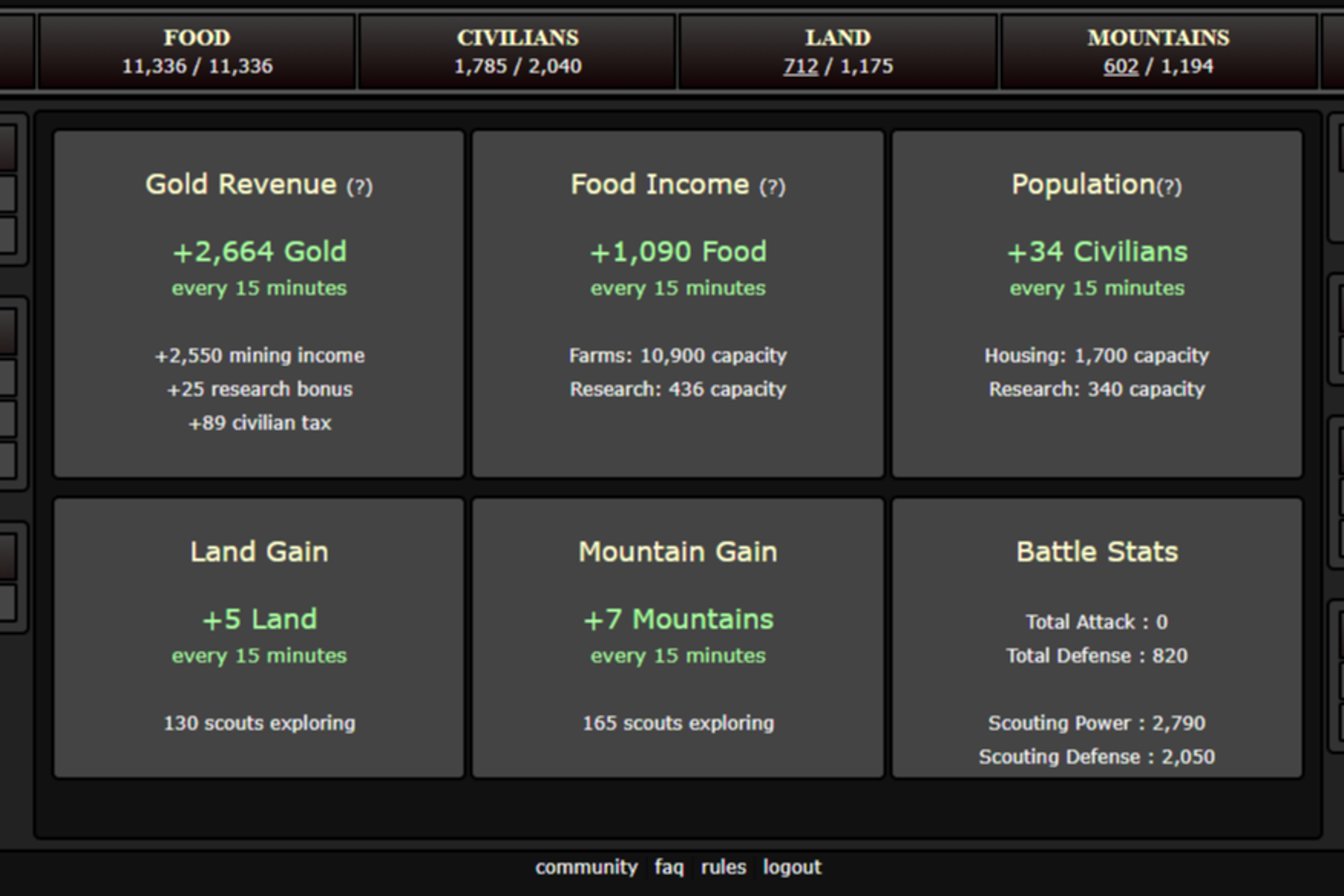