TankPit is a classic PvP and PvC Tank battle game. It was originally called Battlefield and was on website called "Bonus.com" After the website's shutdown in 2006 it was remade and launched in original form in 2012. Simple in design, it requires no downloads and provides intense battles. Climb the ranks as a tank commander, gaining more prestigious awards displayed by your name along the way! Participate in weekly tournaments for the opportunity to win Trophies. The games also provides it's own bulletin board where all users can post using their tank name displaying their awards. Over 50 maps for tournaments provide an ever changing amply experience. Seasons are annual and all rank are updated by minute.

The game has an official discord with the creator. 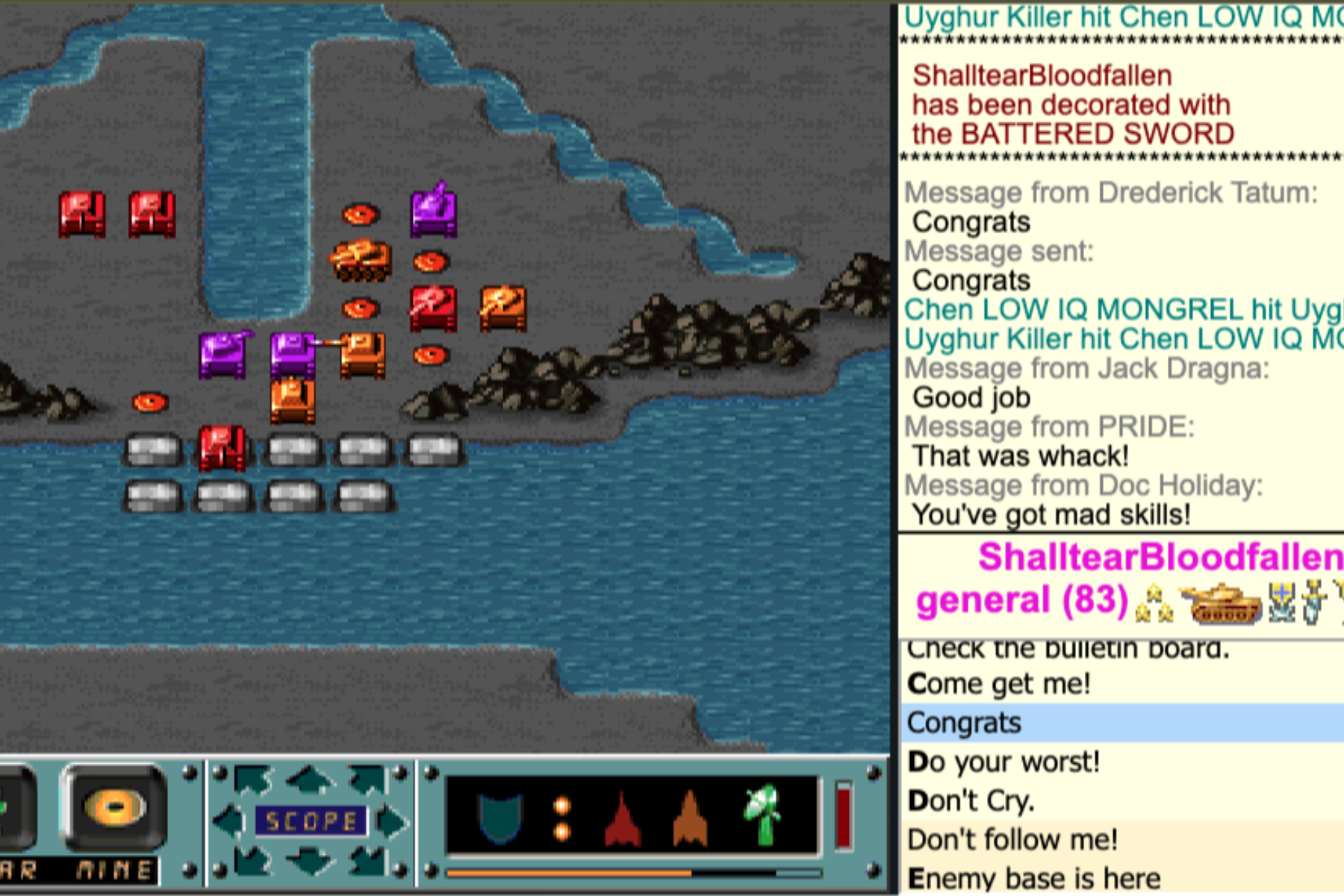 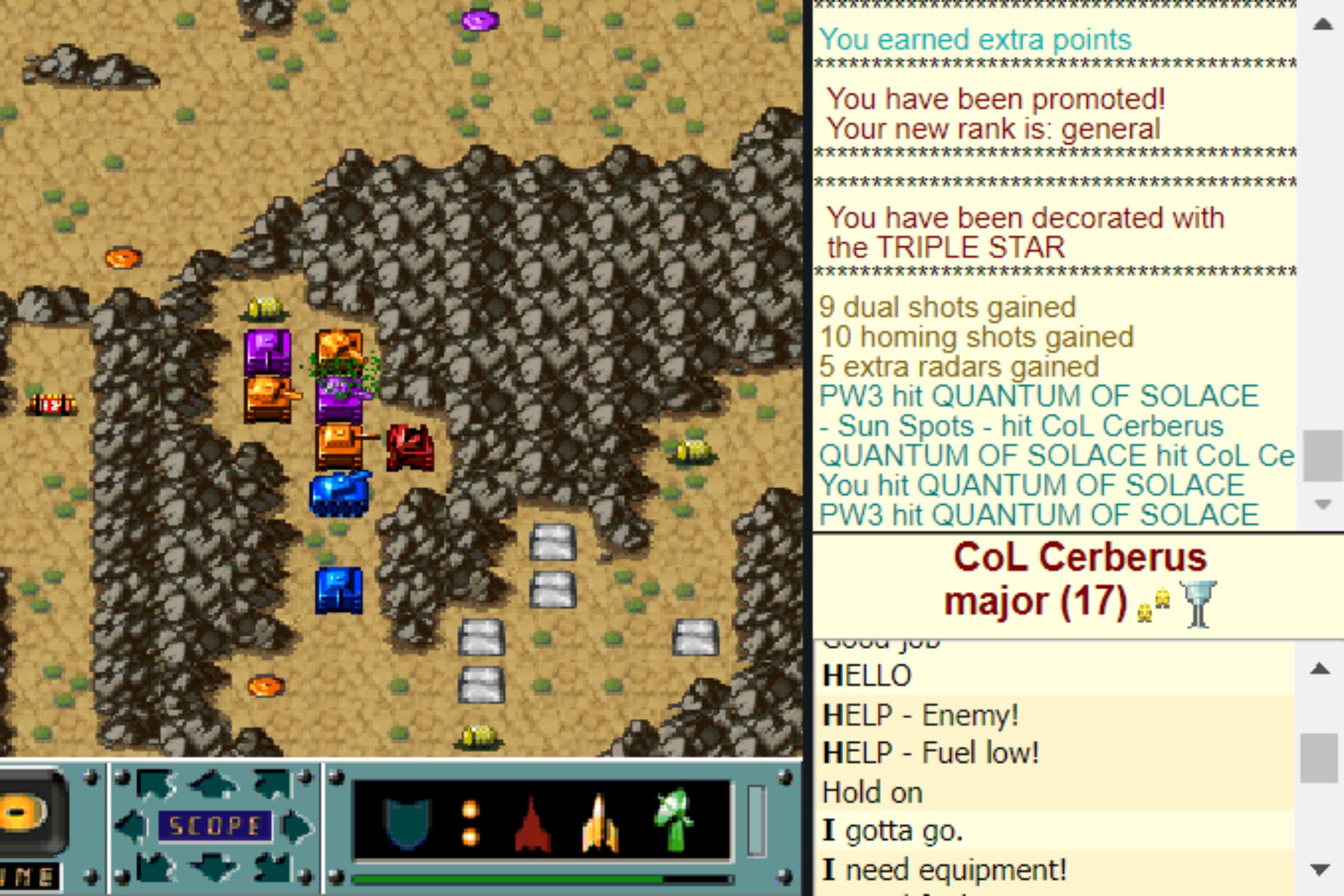 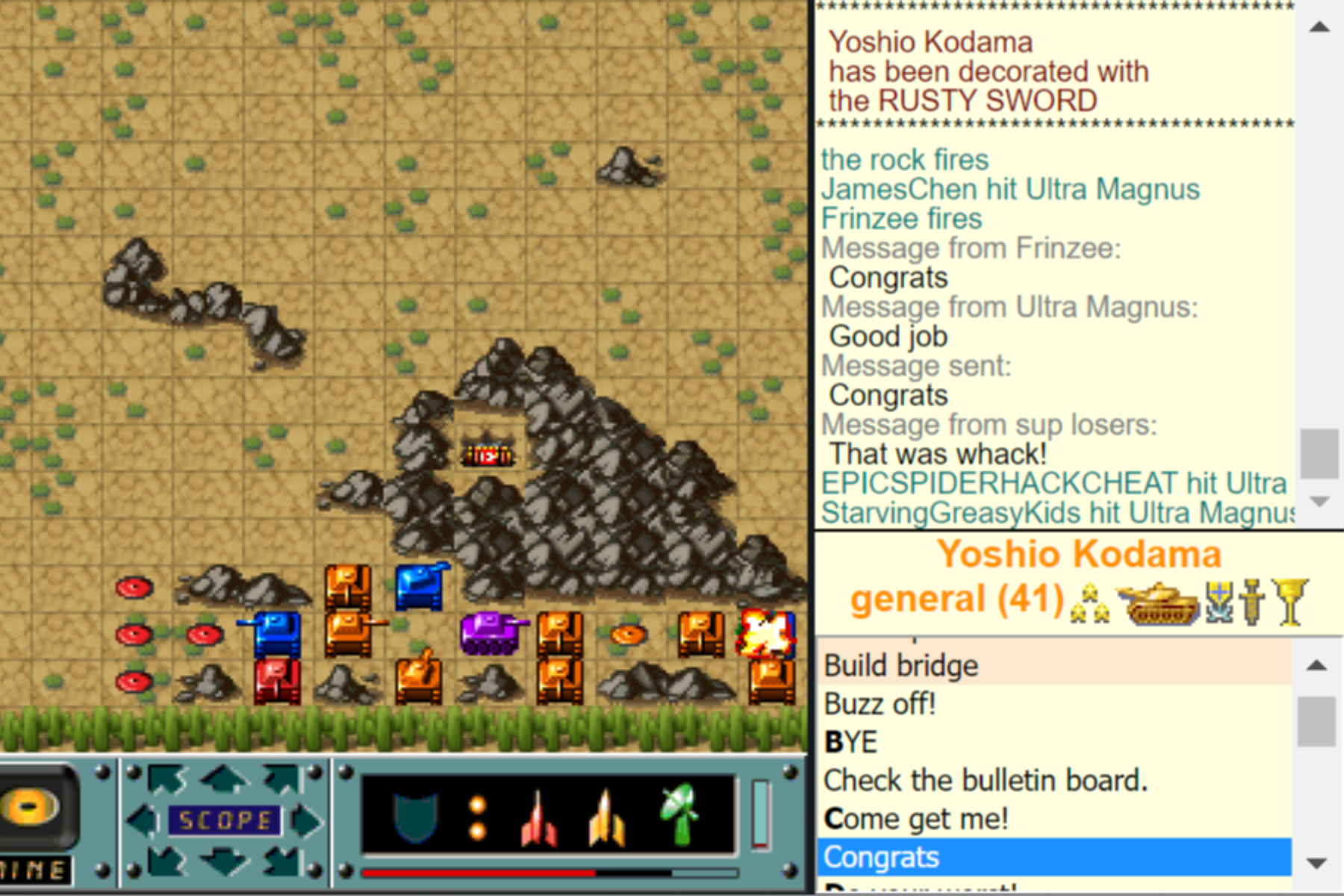 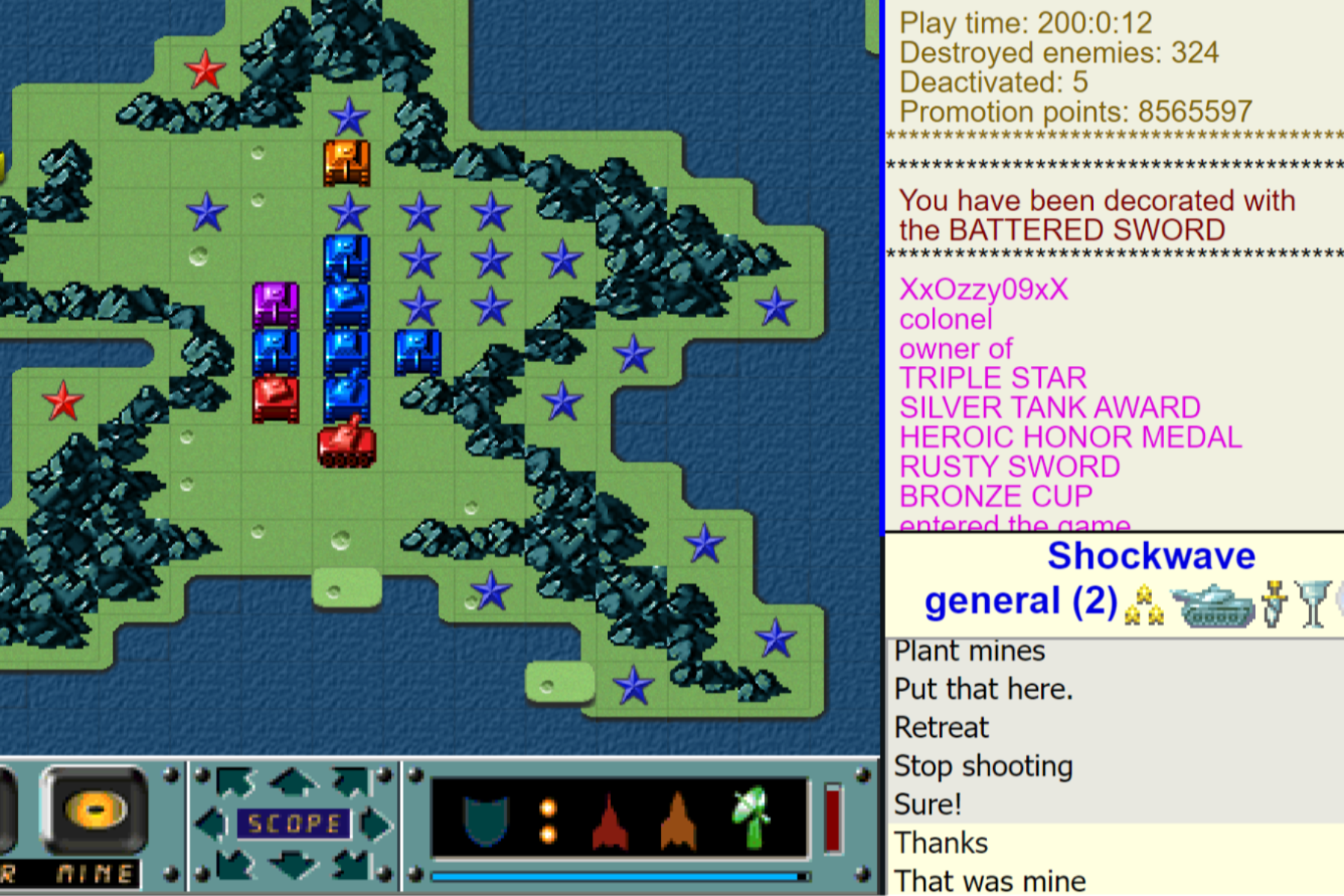 This game was fun. You can play as a gust without logging into the game. The game is intuitive enough that you can quickly start playing.

I was able to play for a while in casual play before getting killed.

Throughout the world things have changed drastically over the last 20 years, however this game hasn't.

I've been a player since the Bonus days, and even when Bonus disappeared the community came together. The game has remained unchanged from the original days.

Today the game is looking for a new community paired with the originals that have stuck around. Tournaments are active and provide the ultimate challenge within all the active player base.