Visual Utopia is a strategic empire building game. Create a city by moving your army to a free spot and settling the colony. Build your city near a mountain to get bonuses. More aggressive playing style allows you to take over another city. Afterwards, you can construct buildings to expand your empire. Lots of facilities such as homes, mines, magic towers, warehouses, lumber mills, farms, and so on. Buildings are more effective in certain locations. A farm produces more food when it's built in a city that's near a river. 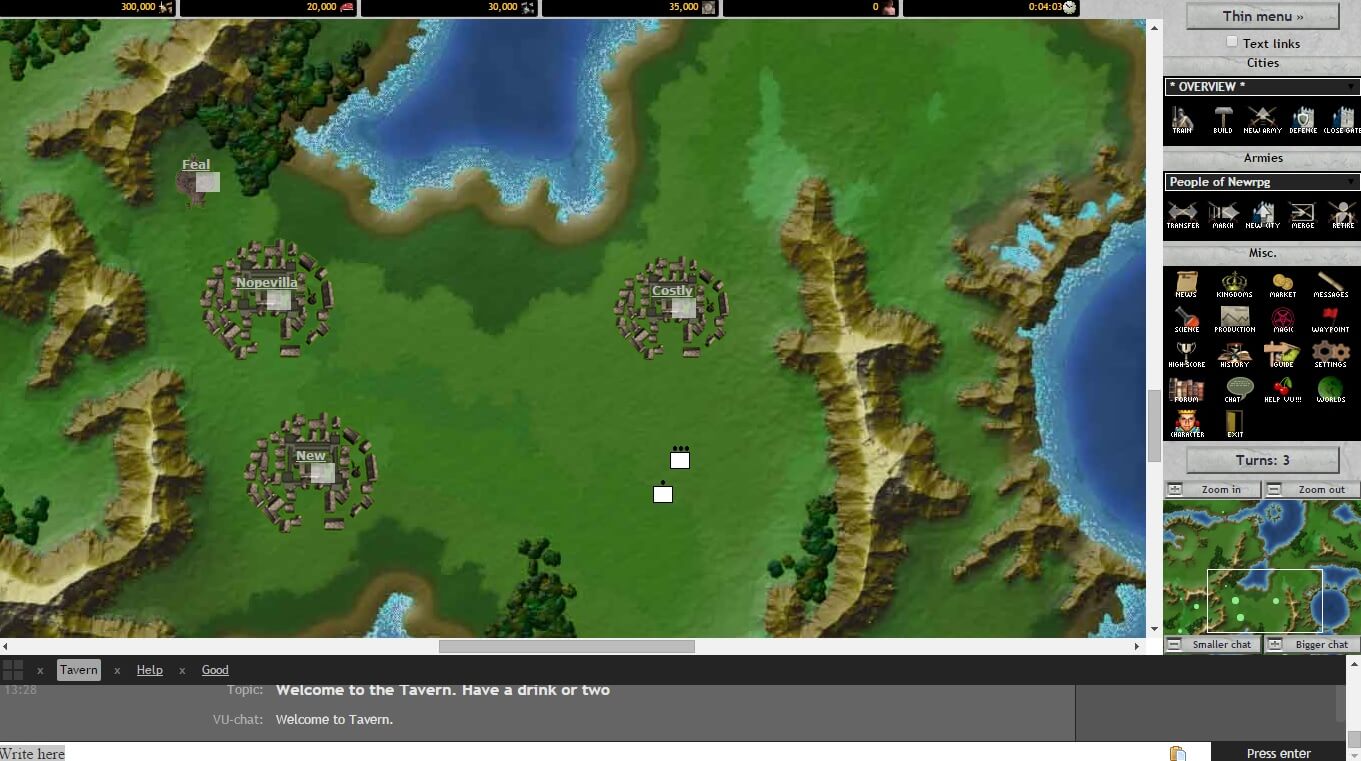 This is a one of a kind game that definitely deserves a try if you are into pvp multiplayer high fantasy games. The community is willing to teach you the basics and we have an active discord to answer any questions you have in real time. The biggest seller of this game is that you can move on the map in real time against other players. Makes for a very exciting and enjoyable experience.

I have played this for many years (on and off), and it really is fantastic! The community is what makes this game so great for me, you really do feel like part of a kingdom, a team, an alliance of brothers and sisters!

One of the most addicting turn based stratedgy games around with a dedicated group of returning players.

Great strategy game.Highly addictive and social.A player can win an era (a period of war that end hostilities until the next era) without spending a cent!!Amazing these days. :)

Played on and off for well over 10 years. The game develops as time passes but the basics remain. Love it and will continue playing like i have done. Sometimes i have been a regular player other times i create kingdoms to compete for the tops spot. Recommended 5/5.