Wanted - Fan Immersion Game is a free movie based mafia MMOG. It is based on the same named movie. To start with, select a difficulty level which is decided by "Strength", "Tolerance" and "Intelligence". There are many players all over the world and the game supports different languages. In the game players build their characters to a powerful leader. Try to get stronger, gain better rankings and work your way up into the hall of fame.

In a category: Mobsters and Mafia browser games 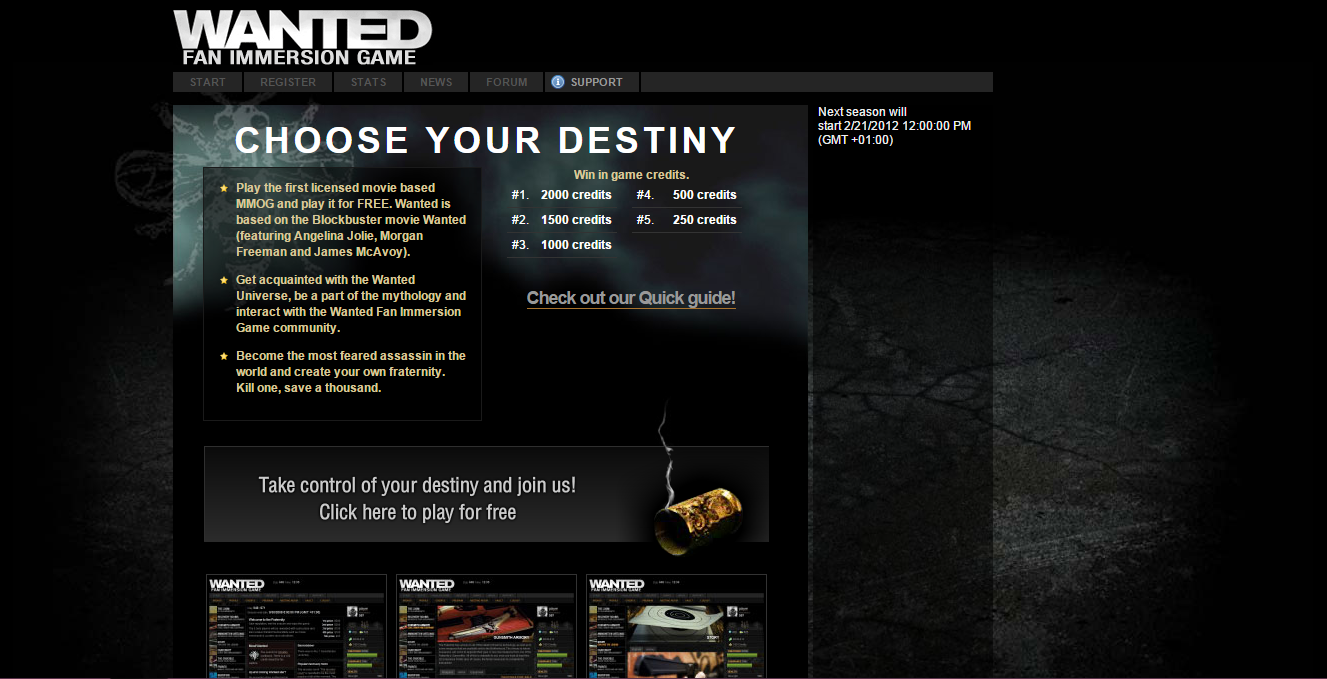