Top Forgotten RPG's Worth Your Attention

In the RPG genre, a huge number of worthwhile projects have come out that can captivate players for several tens, and sometimes hundreds of hours. Over the past few years, the concentration of really high-quality roleplayers has gradually decreased, replaced by casino slots online and a variety of video games.

Interesting role-playing games have ceased to be released as often as before, so we decided to recall several projects worthy of your attention, which many have already forgotten, and some have never heard of at all.

This is a kind of experiment from Obsidian, in which they decided to cross an action game about spies with RPG elements. As a result, the project was more focused on the role component. The developers implemented a lot of interesting ideas and mechanics, and the plot was completely capturing like a top thriller with a multi-million dollar budget. One phrase in the dialogue could turn the story upside down, and the characters, who at first glance seem to be passing ones closer to the finale, become almost key figures.

Unfortunately, the project could not become popular, and a huge number of bugs and shortcomings are to blame. The developers have been trying to polish their brainchild with patches for a long time, but when it was already possible to look at Alpha Protocol without tears, gamers simply dispersed and began to try something else. If this game had been made with high quality on release, then, perhaps, it would have managed to become one of the main competitors of the same Deus Ex.

Jade Empire is a game that was created by BioWare studio before it went over to the dark side of the force with Electronic Arts. The development team had a dream to create a role-playing game in the eastern setting, where everyone could feel like a real martial artist. 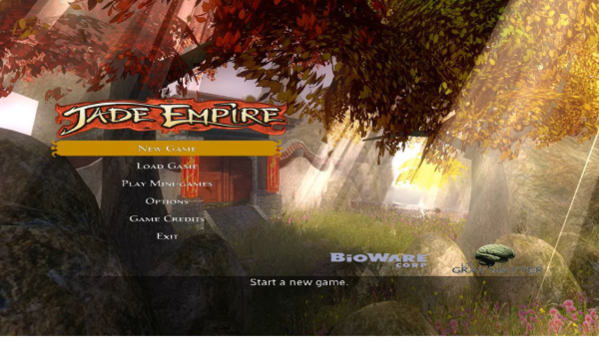 Many people liked the project due to the advanced karma system and a large number of NPC partners who could become part of your squad, give some tasks, and gradually tell the story of their life. As for the combat system, it was simply taken from the first action game that came across, no turn-based battles for you. Everything worked perfectly, and even then the backbone of the Jade Empire migrated to Mass Effect with modifications, but the game failed in sales. Because of this alone, we will never see a sequel to a very decent RPG that is worth playing even today.

Perhaps one of the best RPG games of the early 2000s, it ideally opened a new age for the gaming industry. The project attracted players to itself only by its name, because no one at all understood what to expect from "Gothic". Today it can be called a kind of mixture of The Elders Scrolls and Dark Souls. Gothic is similar to the first one with its open-world, thoughtful pumping, and a lot of loot, but from the second it took a noticeably overestimated complexity, as for an RPG of those times. Already in the initial location, it was possible to die from two bites of any creature, as soon as the main character looked at her crookedly, but this did not repel the players.

The sequel turned out to be the "pumped-over" of the first Gothic. It brought improved graphics, an open world that has become even larger, and a bunch of all sorts of little things. The end of the series began with the third part, where the developers swung at a huge scale, and as a result, the project drowned in an abyss of bugs. The patches were released for 4 years, but this did not save Gothic 3 from failure. Then the new studio decided to make the fourth part and it was with its help that it drove the last nail into the coffin of the series. Today you can safely play Gothic 1 and 2, but under no circumstances play the sequels!

At first glance, King's Bounty: The Legend seemed like an ordinary clone of Heroes of Might & Magic, but if you spend several hours in the game, it becomes clear that the game has learned only part of the mechanics from the â€œHeroesâ€. In King's Bounty, the developers have focused on the role-playing component. This made the game one of the most worthy representatives of the tactical RPG genre. 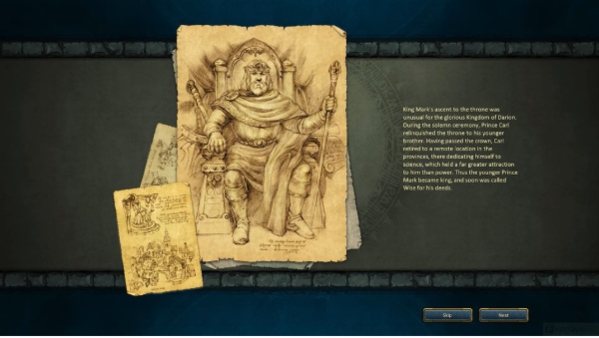 It was in the first part of Kingâ€™s Bounty that the players were waiting for the most exciting quests that were remembered for a long time. Along with this, there were colorful locations, original enemies, and a large amount of loot. You can spend dozens of hours in the game, but it will still not be enough, because exploring the levels is a very exciting activity. Unfortunately, the further development of the series did not go, and every next part was done with a blunder, but it is King's Bounty: The Legend that definitely deserves your attention.

After Piranha Bytes said goodbye to Gothic, the studio decided to make an attempt to revive their developments in a new series. This is how Risen appeared, which was able to remind players of what the first two parts of Gothic were good for, but by itself could not surprise the players with anything new. In fact, the orcs were replaced by pirates and marauders, and the scene changed to a tropical island. Everything else was exactly the same as in Gothic.

The first part really deserves the attention of fans of high-quality RPGs, but it is better not to play in the continuation. The developers decided to plunge into the pirate theme and eventually reached a dead end. Risen 3 was a complete failure, which put an end to this series of Piranha Bytes. It seems that the developers have real problems with the third party.

Arcanum: Of Steamworks and Magick Obscura (2001)

The former developers of the first Fallout worked on the projects, so the game was doomed to success. 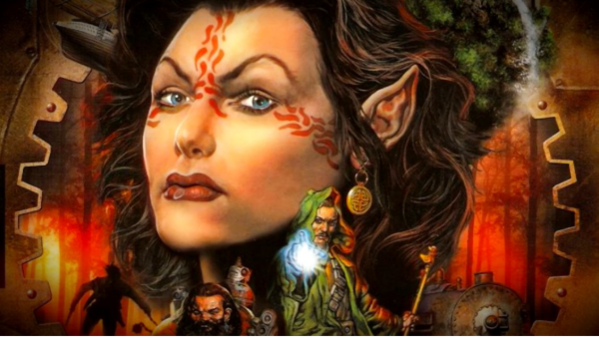 After the release, all gamers dubbed it a steampunk version of Fallout and, of course, this style found its fans. Arcanum showed how to successfully combine magic and technology so that it does not look absurd.

As for the gameplay component, this is pure Fallout with a small number of its own features. If you want, you can even download a few fan mods to dilute the gameplay.

0 comments on “Top Forgotten RPG's Worth Your Attention”