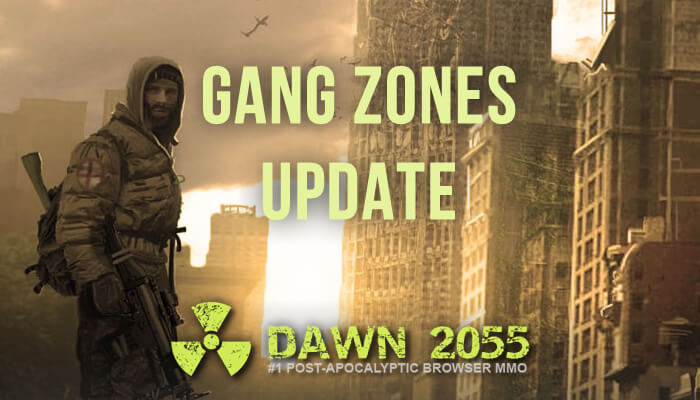 Gang Zones update at Dawn 2055 has just taken place. This means that some features are added and some modified. The earlier update gave us two new ruin types and many improvements of depleting salvage mechanics.