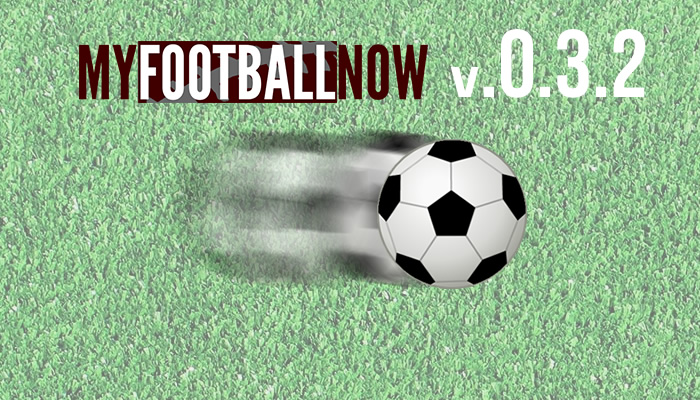 There is now an official 0.3.2 version out for MyFootballNow - an American Football simulation. No huge modification within the game system have been made. Realism improved for punt return results. The long punt return made noticeably smaller. Additional point attempt rules changed so that if a player tries to kick the extra point will kick from the 15 yard line. Defense units are able to score on a botched additional point attempt. Leagues who haven't started pre season, are forwarded to this engine. Other leagues will be forwarded as well, after they finish their ongoing seasons.

MyFootballNow is actually an American Football simulation, not soccer.

Thank you, Jon! We have updated the content as you pointed out.