The developer of Dominus has created another turn-based strategy browser game. OverThrown was officially launched at 15th June and is still under development so it's not playable yet and won't be for at least a few weeks, but it does look promosing. It's like a simple version of Dominus, except the focus is on players teamwork. Game turns interval is 12h and each game lasts for weeks. It's a long term game and in order to win players must form alliances and work together as a team. Can be played using browser, phone or tablet (Android and iOS APPs). For a round to start, 50 players are needed, once this criteria is met, all players will get an email when the game starts. Overall simplistic and not very time consuming game. 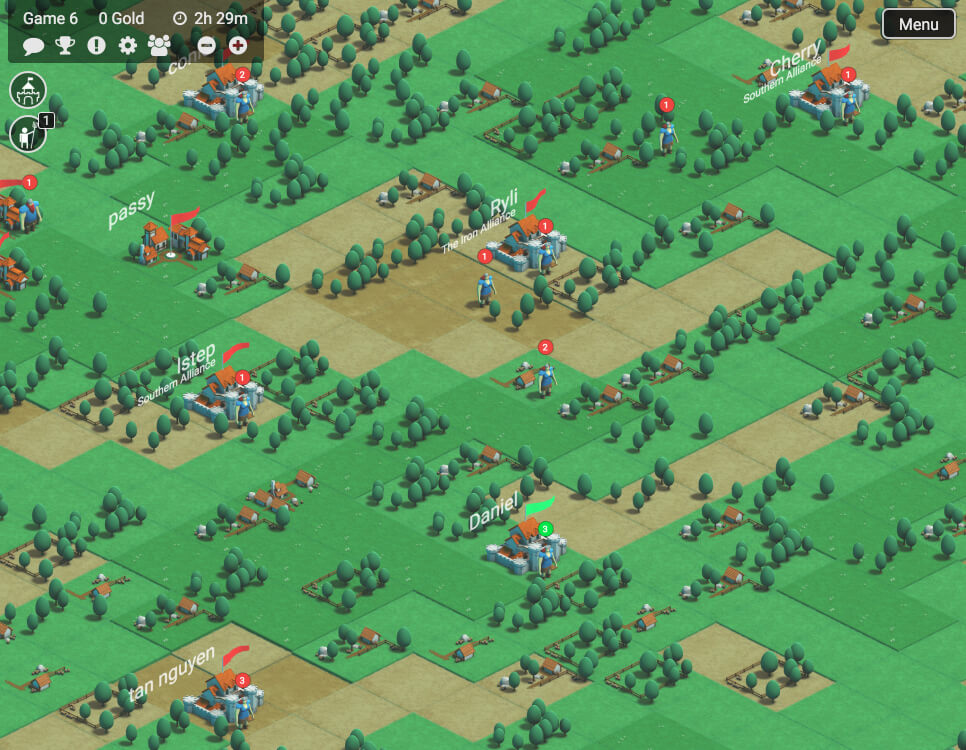 Concept of the game

Armies - Control your armies and once every 12h they will move to collect resources.
Alliances - If you are a lone wolf, then it's time to change this habbit. There is no way to win without cooperating with other players. Capitals belong to alliances not individual players.
Simplicity - Game only has one troop type that can't attack castles, but they can attack villages, armies and capitals.
Winning - In order to win, your alliance has to obtain all Capital buildings.

0 comments on “OverThrown under development”