The development of Riftforge was first announced in 2009 and was officially launched the next year in 2010. Browser based RPG with 3 character types: Guardian, Ranger and Raider. Battles are turn-based with a focus on strategy. Each class has its own specific skill sets and other special abilities.

As mentioned eariley, the battle system is turn based. Each round allows you to attack with multiple units and/or move their location. Once you have moved or attacked with all of your units, you end the round. The enemy then attacks or moves as well and once again, it's your turn. 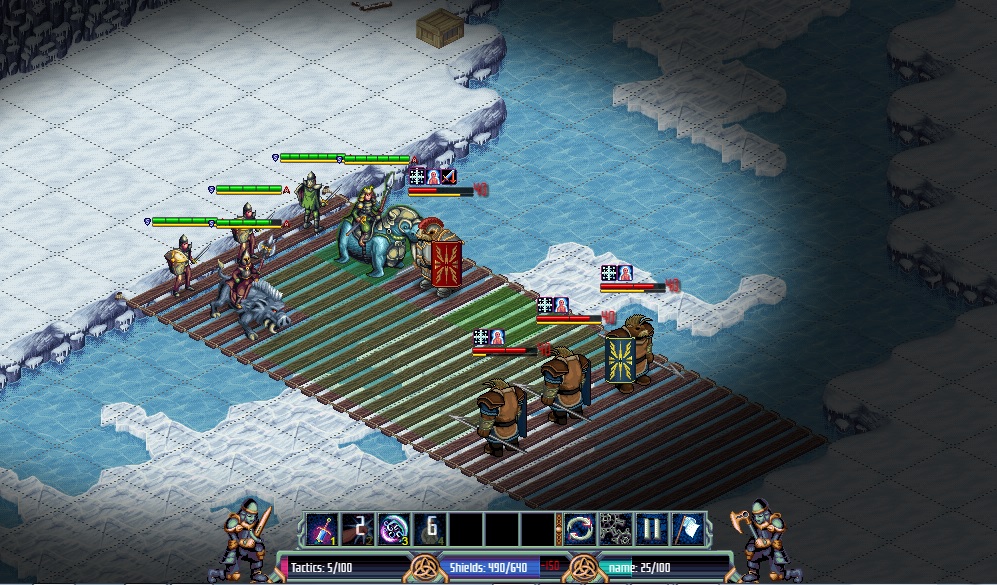 Hight defense that players mostly use as a tank. Guardians can easily taunt enemies as well as block or reflect incoming damage. Even their attacking is defensing, for example they can use Charge to attack enemies off guard.

Rangers use mostly ranged attacks, keeping them from getting attacked while dealing medium damage. Damage is not very high, but their skills are focused on dealing damage to as many opponents at once as possible.

Their focus is on dealing as much damage as possible. Raiders are able to use Stealth techniques that combined with the massive damage can be quite deadly.

As you can see, Riftforge takes browser gaming to the next level. Very fast development, regular events and fast-growing community. It has gained major popularity in 2015 and still surprises its players with new features and items like mounts and weapons.