Doomsday for the Travian 3.6 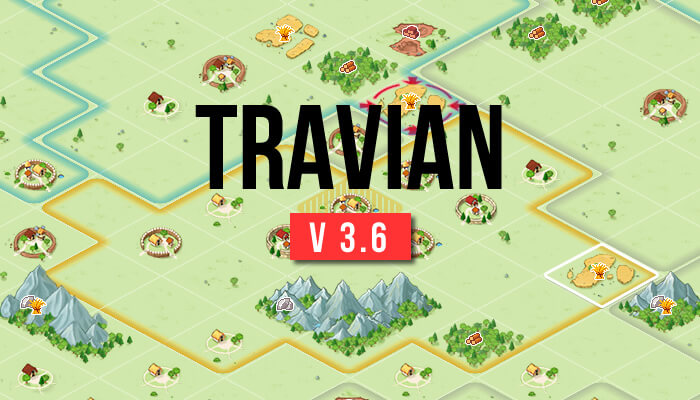 There was a time when lots of players requested a new Travian server, thus Travian 3.6 was born. Travian 3.6 was most popular in 2010, this is the year when browser gaming overall was very popular and lots of people discovered this gaming genre. But nowadays there isn't enough ingame activity and registrations for this specific version. Sure lots of fans still play in that server, but compared to the other servers, this one isn't half as active. As the statistics were low, Travian team does not want to keep it up and running for much longer. The 3.6 also runs on a very old PHP version and as the activity was low, they didn't update the server and this is the reason there are so many issues and security flaws. The safety of players accounts is at risk. From now on they will focus on Travian 4 and Travian 5 versions. In the near future they won't support 3.6 version at all so it's a good time to move over to Travian 4 before they close the old server for good.

Travian is getting too easy to play

Travian as we know is a strategy based browser game, yet every new version that comes out, decreases the strategy aspects. Each travian version decreases competition between players, which is the most important factor. So Travian 3.6 is outdated and full of bugs, Travian 4 requires no strategy to play so Travian 5 is the only hope.

What should have been done

Travian should have made a new version based on the previous ones, an upgrade that does not change the fundamentals of a strategy game. It's not always a good idea to make a popular game too easy to play. Sure this means that more people will be able to play it, but it also means that they lose the fans that have supported them all this way.

If you are still playing in 3.6 version of Travian, it's recommended that you start playing in Travian version 5 server instead!
Sharing is caring

0 comments on “Doomsday for the Travian 3.6”