Bloodletting is a unique game where writing is part of your game story and level progression. We talk to Mike about the start and the current situation of Bloodletting.

I am a retired Air Force veteran originally from Buffalo, NY. I've lived all over the world and I currently live in Doha, Qatar. I've been into gaming all of my life, starting with the Atari 2600 I had as a kid. Game development for me started early as well, but not necessarily computer games. I began designing board games when I was in high school and completed two full designs, although I never published them. I've also dabbled in the development of a Customizeable Card Game, which I will probably go back to at some point. Computer game development began for me while I was still in the Air Force, back around 2002.

I still love playing all kinds of games and find myself still playing the first MMORPG I ever played, Ultima Online. I play a lot of Playstation as well and of course Mobile Games because what else is there to do in the bathroom? 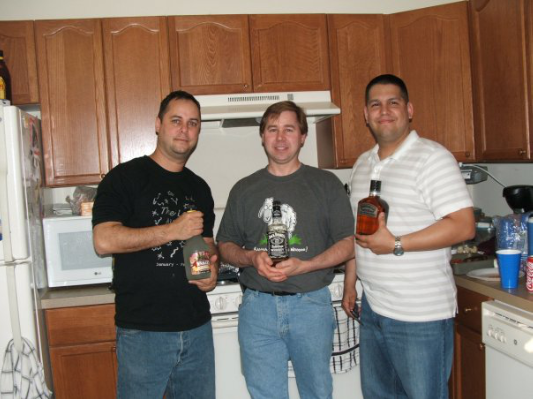 There are three of us on the team. We go by the Admin names Dr Van Helsing (Me), Dracula (Matt), and DemonKnight (Rob). I am the primary designer, I do all graphics and marketing. Rob is the primary coder. He joined the team one week before launch. Matt, who did the original coding, is in charge of the business side of things as well as the security and background infrastructure.

We do everything, which because we all have lives outside the company, makes things go slow. We've tried to outsource once or twice, but the people did not deliver.

How did Bloodletting start? 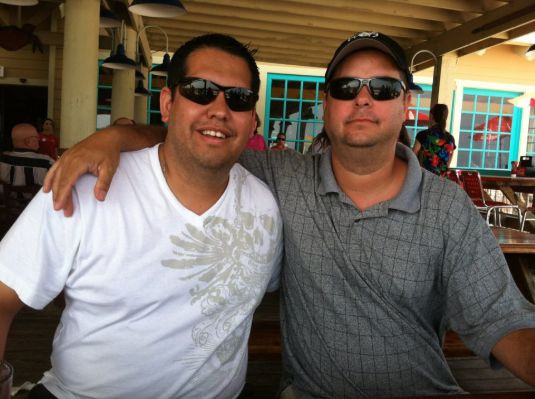 Bloodletting started because I stumbled on a browser based game by accident. I was actually researching information on the upcoming Sopranos season. A site called mafia.org, seemed to have good information, but you had to register to see it. I was going to just hit the back button on the browser but for some reason I registered. At first I had no idea what I was looking at. There were a bunch of forums and entries but they had odd names like Street Forum and Bar Forum. Plus there were other things like travel and Crimes. After about 10 minutes of looking around, I realized it was some sort of game. I did a few things then logged out. The next day I logged in again but when I did, it took me directly to a page telling me my character was dead. So I created a new one, read more of the Help style forums and suddenly knew I was in a game where I had total control over my character's story. Death was permanent in game and that kinda sucked, but I soon found myself addicted to this type of game. After playing about a year, I started to think about this style of game-play but with a Vampire theme instead of a Mafia theme. The only problem though, was that I had no idea how to code. I began designing the game however in the hopes that I would learn to code or meet someone who could. Well, I never learned to code. But I did meet a guy in the Air Force when I was stationed in Virginia who could. I told him my idea and he loved it. We then spent the next year designing and coding the game. Probably could have done it faster but real life dictates our time a lot. On October 5, 2006 we launched our game. That date is the same as my birthday, so it makes it easy to track the anniversary of our launch.

Tell us about Bloodletting

Bloodletting is a game designed for writers. Great writers, average writers, beginning writers, and even horrible writers. Character development takes place in the forums where you can craft tales of adventures or background stories for your character. You can choose from six races; Vampire, Slayer, Werewolf, Witch, Angel, or Demon. Join a Sanctuary or Coven. Engage in crimes and attacks to build wealth. Place bounties, go to war. Design your own profile page and make lifelong friends.

About one month into our launch, a player exploited a vulnerability in PHP code that allowed him to enter the HQ of all the other leaders in game and kill off all of their members. We thought we were sunk. One month active and this kid had ruined it. Lucky for us DemonKnight was a brilliant manager and had backed up the entire database a couple of hours earlier and all he had to do was roll it back. We patched the exploit and continued on. As for the kid that did the exploit, he seemed to have forgotten that I had his home address from a contest he had won in game the first week of launch.

We have about 600 players currently with about half that number continuously active. Player can connect in game through mail or the forums. There is also the ability to leave comments on player's profile pages as well. We maintain a Discord channel as well and a Facebook page. 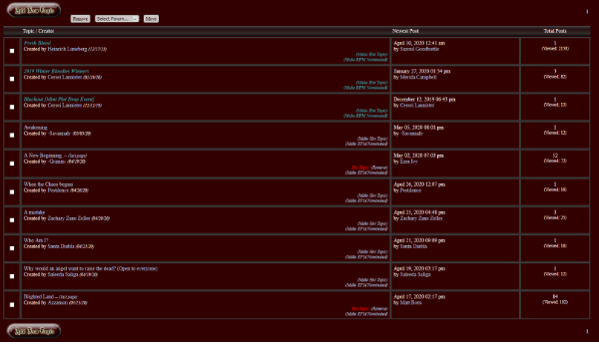 The players make the game unique. They are such a diverse, creative community. When we started, we thought we were just making another button clicking browser game. Almost immediately, two things stood out. The writing and the player demographics. For the first part, the players loved the writing and storytelling aspect about the game the best. They began creating the most incredible stories based on their characters. The second part was the demographics, a large portion of our players were female. Even today, 15 years after launching, females make up nearly 60% of our player base. The other unique part of the game though is what it takes to reach level 20 (the highest level in game). You can't just tell stories or click buttons in the game. You have to be a well rounded player that meets all of the criteria we have set out for each level or rank. To date, less than 10 people have ever attained level 20.

We always have new ideas we want to implement. Unfortunately real life gets in the way. One feature I really want to roll out though in the next year is a crafting skill so players can create their own weapons and armor.

What is the hardest part of being an admin for Bloodletting? 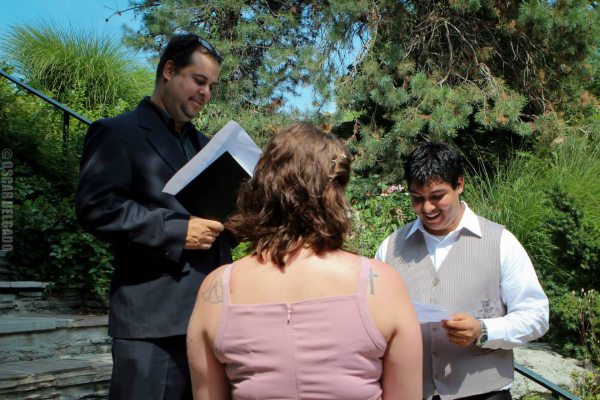 From the start of launching the game, we have wanted to make sure the players had a great experience in game with us. Over the years, we have held several Bloodletting meets across the country where players and the creators of the game and meet each other outside the game and get to know each other. One woman in particular, Jen, we became great friends with. When the exploiter almost ruined the game, Jen sent us a lot of money to help secure the game. We met up with her at the New Orleans meet and over the years my wife and I would travel to hang out with Jen. She became such an incredible friend to us. We also met a really great guy named Rusty in New Orleans and remained in touch with him over the years. So why is this all in the hardest part of being an admin? Jen passed away suddenly in 2017 and Rusty passed away a few weeks ago. Bloodletting is more than a game. It's a family. And like any other family, it hurts when you lose a family member. Besides Jen and Rusty, we have lost three other beloved members of our community. But to end on a positive note, two of our longest serving members, one from England and one from Florida met in game, fell in love and got married a few years ago. Additionally, I performed the wedding ceremony of one of our longest playing members, traveling to Nebraska from Florida to officiate the wedding. 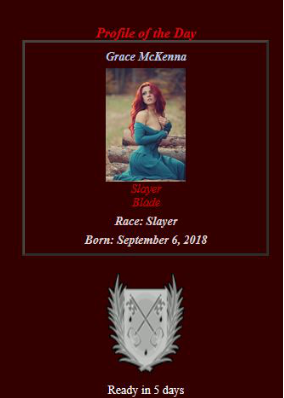 Several years ago, I started getting messages and emails from players alerting me to the fact that a player was in game telling people they were related to me. I was busy at the time, but this went on for a few days. We had had issues before with players pretending to be famous people or spewing other loads of BS, but none had dared to claim to be a relative of one of the games creators. I finally had time to log in and message the player. â€œHey, why are you telling people we are related?â€ Then I waited for them to log in and respond. When they did, the message I received was, â€œBecause I am. It's me, Uncle Mike, your niece Jillian.â€

Did Mike get your inner writer activated? Check out Bloodletting!

2 comments on “Mike about Bloodletting”

It's great, it allows you to break free from the bounds of your everyday life and live in a world where all the impossibilities of our world become possible.

When I first started I had never written a single thing imaginatively in my life but I did love reading books about the struggles of Vampires and Werewolves. I honestly had no idea what I was getting myself into when I started. I thought it was just your basic clickity click browser game, but I started reading the stories that were springing up on the forums and was Immediately hooked. I've taken my breaks here and there but the realm never lets you stay away forever eventually out of nowhere it becomes all you can think about and next thing you know you're back in the thick of it. Thank you Micheal, Matt, and Rob for creating a wonderful world where we can break out of our shell and become great writers.

The site is totally awesome! The owners and Elders are fantastic! Some of the story lines are great.
Whether you are new to role play writing or an experienced at role play the chances to learn or improve writing skills are there!