Behind the scenes on BasketPulse

We did an interview with Ramune the developer behind BasketPulse. Read more about her background, the game, and its future!

Tell us a bit about yourself

We both are very interested in basketball and play basketball in our free time. In the years of study my husband was interested in everything related with basketball, including computer games. After trying to play all basketball manager games that were present at that time, he decided that neither is realistic enough. Therefore he started to create a new game that would be the most similar to the real basketball world. At that time he was still a first year student. A bit later I also got interested and joined the development of the game.

We could say that online football manager Hattrick was a game that inspired us. We wanted to make something same good for basketball lovers.

Next to BasketPulse, we also like to play NBA 2K and Civilization.

Our whole team is me and Darius. We are both IT people and we mainly develop the game ourselves. We have limited time and a lot of tasks related with developing, supporting and advertising the game. Thus we always try to identify the most important tasks and concentrate on them - one after another. 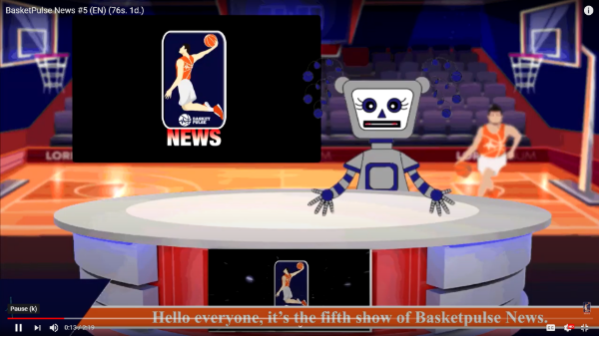 We also appreciate the help from our community on translating the game, helping each other to understand the game better and keeping order among users. We have amazing guys in the community, who do amazing job.

We also have a very interesting initiative from the community: video of the game season's news.

Do you outsource any tasks?

We do the majority of developing the game ourselves. Though when we have concrete tasks that are easy to outsource, we try to speed up the improvement process with help from others. Now we are trying to update the game's design, so we hire designers from outside.

Any previous experience with building games?

This is not only the first game we built, but also our first web-project. So in the beginning we had to learn a lot of things. Later Darius was hired to help create another basketball related game, which was based on real playersâ€™ statistics in various professional leagues. But after a few years this project was canceled. Even though BasketPulse gets a lot of love from us, it hasnâ€™t reached the level that can support the whole family, so either I or Darius works in other companies as web developers, but not in the gaming industry.

We created the game from scratch. In the beginning we didn't know if it would survive or not. We invested all our time in improving the game and with time it got bigger and better. In the very beginning we were three friends working on the game. Later the two of us kept believing in the idea of the game and kept working.

What do you consider to be the most unique feature of BasketPulse?

We try to create the game that is the most realistic. Many other basketball managers are copied from other sports and don't work the way it works in real basketball. This was the reason why we started creating a new basketball manager initially.

We have a unique players market, where virtual players choose the best offer. So playersâ€™ and coachesâ€™ salaries are based on demand, not on some formula as it is in many similar games.

Team managers have to allocate their teamsâ€™ budget according to their chosen strategy. Some teams invest money into youth players, others are aggressive in the market. The game can be played in completely different ways.

This makes the game more difficult to play, but at the same time we try to be â€œtime friendlyâ€. We do not have buying auctions, so our users are never put into situations that they have to login at some concrete time. All actions can be done in advance. They can play whenever they want and spend as much time as they want.

How would you describe BasketPulse?

BasketPulse gives you a chance to test yourself in the role of a basketball club manager. 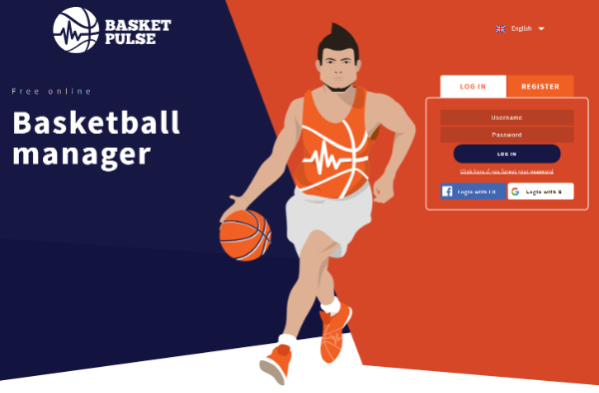 Registered users are granted a basketball club and become their managers. They have to take care of the team by tuning all the elements â€“ strengthen the team rosters, raising young talents, finding the best tactics for matches, dealing with finances and much more. Everything is just like in real life. The aim of the game is to make one's club the best in his country and maybe even in the whole virtual world.

Tell us about the biggest challenge you face 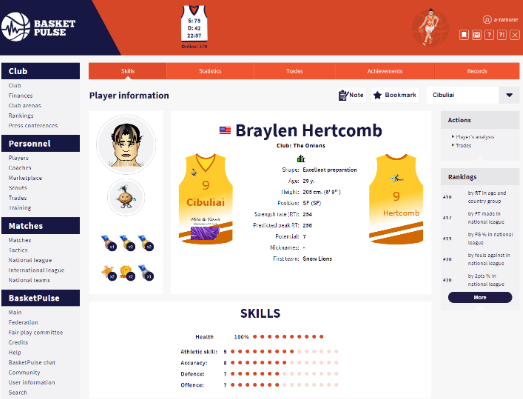 Presently our biggest challenge is updating the outdated design. The gameâ€™s size is incredibly big, we have so many features that there are hundreds of different forms and pages. And neither of us is strong in creating â€œdesignâ€. We need help from outside which is not cheap. So far some pages appear in the â€œnew designâ€, and some in the â€œold designâ€. But step by step we are moving forward.

They communicate over private messages in the game or in press conferences. Any manager can create a press conference on their desired topic or about some event: a match, a hired player, etc. All other managers can join the discussion.

We also have a discord server where many users like to communicate with each other. Earlier we had the game's forum but it appeared not to be the most appropriate place for our community. Only a small part of our users used to visit it, so we decided to close it and moved to Discord.

What is the hardest part of being an admin for BasketPulse?

The hardest part is to deal with the game's community. It is very interesting to observe how the community works - people with different communicating styles and opinions, their arguments and discussions, the influence of gossip, good and bad emotions... It is like a small model of the whole world.

And sometimes it is really difficult to keep it more or less smooth.

At the moment we are working on updating the game's design. As the game is of great extent and has many different features, it will take time to accomplish it all.

The next new feature that will be included in the game will be the Drafts. We will try to re-invent drafts and make it even better than in the real world, where teams often lose deliberately to get a better Drafts position. In the same time Drafts will help users who are climbing to upper leagues of the game.

2 comments on “Behind the scenes on BasketPulse”