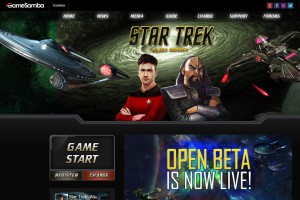 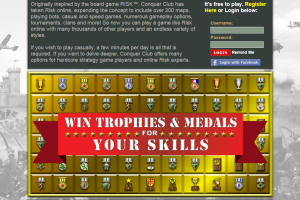 Conquer Club is a text-based browser game where you must use a great strategy. There are many games and you can select which one you would like to play. You can choose how many players will be playing. Select your opponent whether you would like to play against another human or Bots. You can also have a private game with your close friends. Another good thing is that you can't get bored, because there are over 200 maps where you can play. Enjoy! 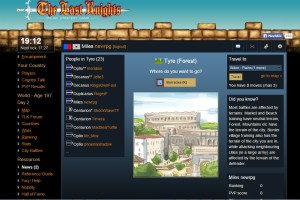 The Last Knights is a strategy round based game with various ages. You may buy soldiers like Footmen, Horsemen, Peasants, Peltasts, Slingers and Spearmen in barracks. Each type of soldier has its own wage and stats. Make sure you keep an eye on your income, don't hire too many soldiers if you can't afford them. As you battle, you gain experience points and eventually level up. Hire a hero, buy weapons and learn hero skills. 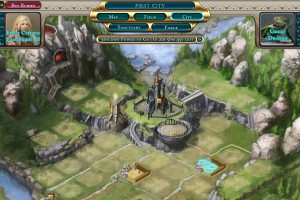 Dragons of Atlantis is a dragon based empire building game. Game involves a little bit of strategy for battles and a lot of resource gathering for updates. You can take care of your own dragon, who will then in return protect your city. Dragons can level up and they can be equipped with protective armor parts. 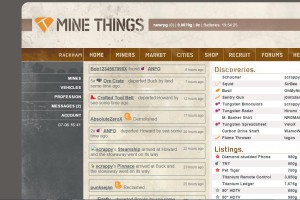 Minethings is a strategy based online game. Real time valuable collecting throughout the day even during logged out session. Feel free to trade with other players locally or even in foreign cities. Let the bot work for you, check what you have gathered and increase your profits. There are also 12 professions, each a little different. Create your own collection of high valued items and keep on mining! 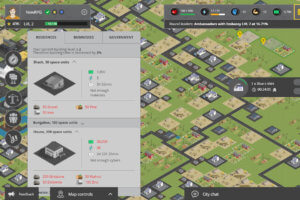 Armaldia is city building strategy/simulator game in which you can build together with your friends on the same map. Create your own in-game items and even change game constants, for example tax rate once you're elected into government. Gather resources to build your own city and win leader boards. Each game round has limited amount of players that can join. Lots of different building types and various manufacturing options. Modern and mobile-friendly game interface. 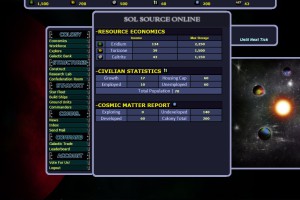 Sol Source Online is text/image based game. Casual space themed browser based strategy. Game is tick-based (one hour). Different resources, units, structures. 3 main races, every race has it's own attributes and ship types. No NPC attacking, players attack other players to advance in the game. Also featuring different planets, items, war generals, precise economy and global chat. Join an alliance or be a lone wolf. Design/looks are rather old-school looking. Website is not mobile friendly. If you like Sci-Fi games then give this game a try! 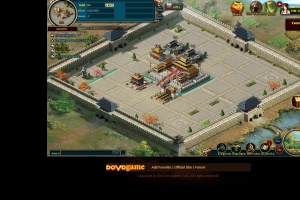 WarFlow is a strategic war game. Town Center is the main center where you collect taxes. The level of Town Center has to be the highest level of all buildings. Upgrade facilities such as shop, treasury, training ground etc. Get into the war and start fighting. You can choose between different militaries. In the battle results, you can see how many soldiers your unit lost. As you progress, you are going to attack stronger enemies. That's why you need to strengthen your army by training. Select a hero and a training time. Common training is free, but advanced training requires gold. 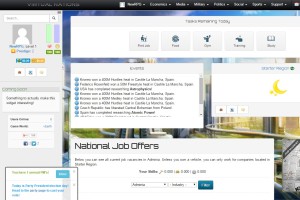 Virtual Nations is a text-based browser game where you become a virtual citizen and live a virtual life. Try to get a job, but after purchasing a vehicle, the job list is wider. Obviously you can buy/create your own business and become a head of your own company. Don't forget to read newspaper to know every significant issue. Under Military section you can find training area, hospital, harbour and other essential institutions. Go fishing, study new knowledge, go to the university or take part in politics. 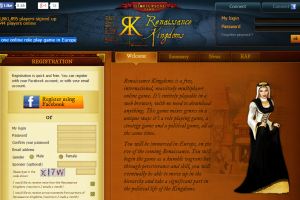 Renaissance Kingdoms is a free multiplayer text-based online game and number one online roleplay game in Europe. It combines many different genres like strategy, political and role playing game. The game is set in Europe in the time of Middle Ages. In this game you begin your journey as a modified vagrant but as if you gain more skills, you will get better status and get a part of political life. The game also supports many languages which makes the playing easier. 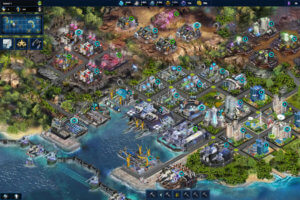 Islandoom is a strategy based browser game. You can pick a nation between Divitos, Medius, Furium and Armun. Graphics and Illustrations are top notch, gameplay and goals are easy to understand. You command and grow your island to become more wealthy and powerful. Explore new areas and form alliances and trade with other players. Complete missions and collect useful items. Manage your economy and construct ships and buildings. Once you feel powerful enough, try PVP duels. Game also has main goal - to capture a certain Fortress. 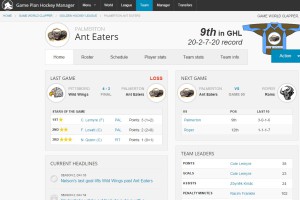 Game Plan Hockey Manager is a text-based browser game about hockey. In World section you can see best players, managers and teams. You can inform yourself with previous matches, results and a short summary. Under your team section you can keep an eye on roster, schedule and player stats. Training includes general/offensive/defensive training, in addition you can select intensity. Invent clever strategies and for help you can always analyze tactics of other teams. Define captains, consider the role-playing and manage your team to winning positions. 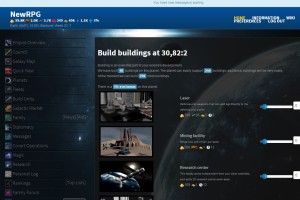 Imperial Conflict is a free sci-fi browser game where you can explore the galaxy. The council is a section that gives you general information about your empire. All empires have gathered into a small group or in other words, each empire can be a part of a family. Planets area is very important as you can build facilities over there. In addition, you can find an attacking feature in Imperial Conflict, so be prepared for battles. Collect resources, expand your empire and become a leader. 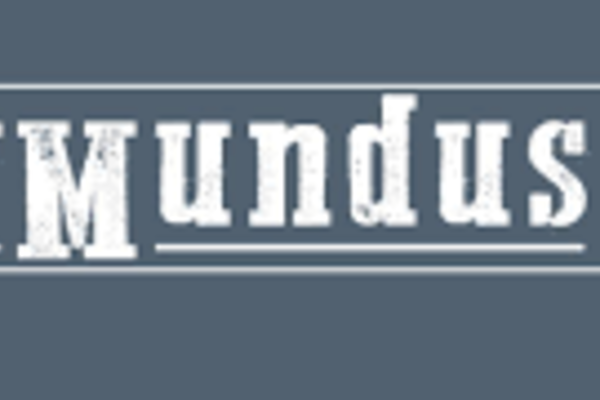 The game is based on real-life economy and politics. To build new companies, country infrastructure, research new technologies or conquer other countries, first you will need to extract resources and produce useful products from them. 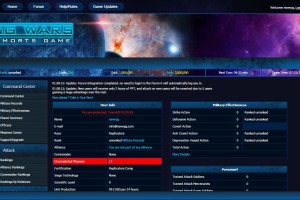 SG Wars is a text based MMO. In this Sci-Fi strategy game you can choose between 4 characters when creating your account. Asgard has +25% defense, Replicators have +25% spy, Wraith has +25% attack and Tauri has +25% income. There are lots of missions. Increase your military effectiveness and create and alliance if you think you are ready to lead others. Auction house and market place available. This game has frequent updates and a medium sized playerbase. 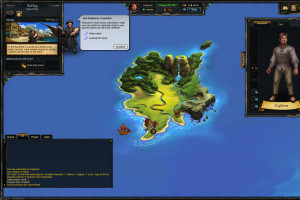 Therian Saga is a modern empire building browser game. You control your community, expand your empire, explore the world. Interesting quests and very beautiful design and artwork. Interactive combat, not fully automated. Important aspect of the game is crafting, you can add various elements to your items. Possible to play with multiple accounts at once, play with another account while you wait for an action to be completed. Microsoft Silverlight installation required to play. 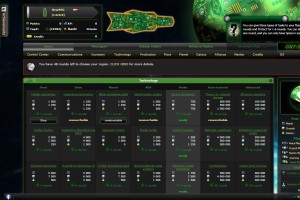 Galacticax is a strategy browser game that includes science fiction world with the Universe and planets. The first decision in the game is choosing a specie, so take your time and make the right decision. Under the alliance section you have an opportunity to create your own alliance and become a ruler. Technology tab contains various facilities and systems where some of them are researchable and some of them are constructable. For any questions visit the forum. 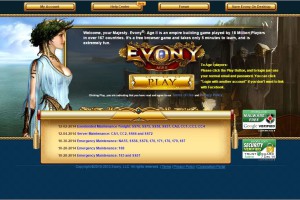 Evony is a medieval strategy based browser MMO. This game used very outrageous tactics for getting famous. Populate your own city, advance your buildings, manage taxes, but keep your citizens satisfied. To expand your empire you first must generate lots of resources, mostly through buildings and by attacking nearby empires. Different military units available. Main resources are iron, food, stone and lumber aka wood. Join alliances or create your own. Premium users will dominate free users by far. 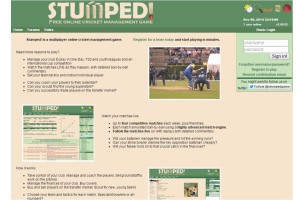 Stumped is a online cricket management game. Manage your own club. Watch the match live. Choose your team tactics. Coach your players the best way you can for better teamwork. Trade players on the transfer market. Set ground staff to work on the pitches, let them polish their skills to the maximum. Rank against others and take your team to the top. 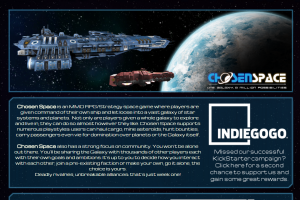 Chosen Space is a combat massive multiplayer online game where players take control of their ships and travel to far away galaxy. Players can discover the world of galaxy and planets. There are many possibilities, for example there are many different playstyles, mine asteroids or search for bounties. Thousands of people play this game and you have a chance to share with them. It's your decision how you communicate with other players. You could join others or play it alone your way. It's all up to you.